The 13th edition of the nation’s biggest bodybuilding and fitness championship, ‘Man Ghana 2020’ competition is set to take place on November 7 at the Osu Presby Church Hall.

This year’s edition under the theme “Violence Free Election” is to preach peace ahead of the general election in December and will see an assemblage of the country’s finest bodybuilding ‘monsters’ and sleek female fitness athletes to battle for honours and a place in the national team, the Black Muscles.

Aside the muscle flex, the men’s physique and the women’s bikini contests, organisers have served notice of adding a new category at this year’s edition which is the female figure category.

However, that is subject to the availability of competitors in that category.

Speaking at the launch of the championship on Tuesday, President of the Ghana Bodybuilding and Fitness Association (GBFA), Mr. Abdul Hay Yartey, expressed delight at the faith the players have kept with the association through the COVID-19 year.

He said the determination of the athletes to have their traditional event was one of the major reasons for which the executives of the association had to work hard in the difficult time to make the event happened.

Mr Yartey called on bodybuilders in the country as well as weightlifters, powerlifters and all who engage in fitness to do away with violence before, during and after the upcoming general elections.

“When politicians or persons in authority come to you to aid them foment trouble during the elections, tell them you ‘flex for Peace and not for war’, let them know you have the nation at heart and not their parochial interest.”

He said ahead of the championships they would roll-up a series of activities including photoshoot sessions with the public to preach about peaceful election as well as a health walk with leaders of the various political parties in attendance to further push the peaceful election agenda.

Acting Communication Director of the GBFA, Mr. George Fausta Baffoe, called on corporate Ghana as well as individuals to come to the aid of the Association in terms of sponsorship to help organise a great championship.

Registration is ongoing till November 30 with pre-judging for the event set for November 6, at the Accra Sports Stadium. 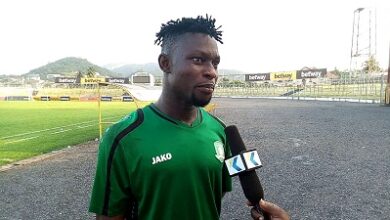 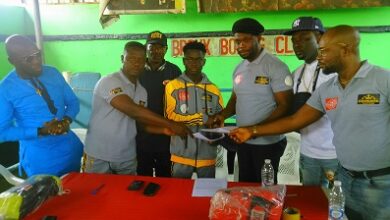