‘George’s Africa Cup’ was a headline on page 7 of the Daily Graphic of Thursday, March 18, 1982.  It was the headline of a news story filed from Tripoli, Libya by veteran sports writer Ken Bediako, estolling the heroic exploits of legendary George Alhassan, who scored four goals to emerge the Golden Boot award winner, while helping the Black Stars to win their last Africa Cup 38 years ago.

I wish to add my own headline ‘Glorious Awuley Quaye Snr.’ for Awuley Quaye’s efforts as captain of the Black Stars that won the Africa Cup of Nations for the third time and for keeps in Ghana (Accra and Kumasi Sports Stadiums) in March 1978.

They were in the company of Evans Aryeequaye and Tetteh Chandu of Accra Hearts of Oak fame.

George Alhassan was the oldest player at AFCON ‘82 at age 27. Thirty-eight years on, now 65 years, he refuses to let age catch up with him.

I spotted him wearing a pony tail with his cup on and in a tight jeans. He looks ‘guy guy’ and energetic, characteristic of his playing days with regard to how he terrorised the opponents’ defence.

He indisputably stood tall at Libya ‘82 as rightly captured by the Daily Graphic headline. He hatched Black Stars victory at AFCON Libya ‘82 from Kinshasa, Zaire, now Democratic Republic of Congo at the last qualifier in August 1981.

The Stars were held to 2-2 drawn game at the  Accra Sport Stadium and they were virtually written off, because Ghanaian soccer fans wondered how the Stars could overcome the Zairese, who gave them a hell of time on their own soil.

The Stars went down early in the second half by one goal, courtesy substitute Mobati (51st  minute).

This is how Ghanaian Times arch sports writer Emmanuel Amoako described the match : “Twenty minutes to full time, thrice winners of the Africa Cup of Nations tournament were still down.”

Was Ghana to miss the finals of the Africa cup for the third time in history? What would have become the future of the Black Stars? What about the future of Ghana football?”

But no! The stars suddenly had their magic working. A gentle throw of the ball by goalkeeper Baker saw Haruna squaring a pass to Ampadu, my man of the match, who in turn sent a quick one to ‘contractor’ Paha around the midfield.”

Paha sent a long one to Essien at the right wing and after disposing of one defender, he back-passed for Haruna who had then overlapped beautifully.”

Haruna surveyed the field quickly and sent a high one to George, who, like an astronaut displaying weightlessness, soared above everybody and headed the ball to the blind side of goalkeeper Alima. This was in the 54th minute and my God! What a glorious moment it was.”

“This time, he threw the ball to ‘Darling Boy’ Abedi Pele, who chested it down for Ampadu.

“Ampadu sent a long one to the mid-field, where Kofi Badu, who, hitherto had a quiet afternoon, wangled his way through and laid on a pass for Essien at the right wing.”

“He trapped the ball, raced with it and crossed it for George again who, in a manner similar to the first, sent the ball past the bewildered Zairese goalkeeper.”

“A carnival was on for the entire Ghanaian contingent at the stadium. Even some pressmen couldn’t help dashing onto the field to jubilate and I saw GFA Chairman S.K. Mainoo,  whose administration has been under criticism, especially following the Accra fiasco wave a white handkerchief in appreciation and perhaps as a signal of victory over his critics.”

“From then on, it was the turn of the Black Stars to display their skill and ability.”(Ghanaian Times Wednesday August 5, 1981 back page).

It was reported that the Stars and their handlers remained ‘under lock and key’ in the stadium till midnight when they were ‘smuggled’ out of the place to the airport to fly back to Accra. The  Zairese fans had wanted to vent their anger on the Black Stars for the heart-breaking defeat.

At Libya ’82, George Alhassan, affectionately known as “Jorginho”, the name of a former Brazilian player and manager, powered Black Stars to victory 13 minutes inside extra time, at the crucial Semi-finals against stubborn Algeria ‘Dessert Warriors’ (one of Africa’s representatives at the ‘82 world cup), who stunned the world at the ensuing World Cup with 2-1 victory against then World Cup holders West Germany), to send Black Stars 3-2 into the finals to face Libya, defeating them 8-7 penalties. The last time they won the cup!

“George Alhassan’s winning goal that sent Ghana to the finals on 13th minute in extra time reminds of the two gorgeous goals he scored against Zaire to give the Stars the passport to Libya. Will it be too much to call it Goerge’s Africa Cup?” (Ken Bediako, Daily Graphic, Thursday, March 18, 1982,  page 7).

Glorious Awuley Quaye Snr. looks quite gentle and kingly like a ‘Mantse.’ He is unassuming and reticent, much in contrast of him when I watched play in the Prestea Scot Stadium in the Western Region in 1980 during a first division league match, as his team, Great Olympics, went down 0-2 against Prestea Mine Stars, affectionately known as ‘Baby Club.’

He was tough at the defence, as his goal poacher Kotei Kalaka struggled in vain to break through the defence of Prestea Mine Stars, featuring Kwesi Appiah (who later became Black Stars coach).

I watched him complain to the referee of time wasting on the part of the Mine Stars, who were then coached by ‘Coachene’ Emmanuel Afriyie, now late.

In defeat, he still exhibited the spirit of sportsmanship when Mine Stars stalwart defender John Mensah, at the end of the match, approached him with a hug.

Unconfirmed reports had it that the ‘Oly Dade’ boys seized the ball, after the match, alleging that it was ‘juju ball’.

Mines Stars then were unbeatable at home. There was the superstition that once an opponent crosses the tributary of the River Ankobra at Himan, about three kilometres to Prestea, they were bound for defeat at the Scot Stadium.

I will nick-name Awuley Quaye Snr ‘Chief of Defence Staff’ of Ghana football. He marshalled the Black Star defence, playing at left back, for the team, featuring Joseph Carr, PSK Paha/Ofei Ansah, Isaac Acquaye, Kuuku Dadzie, Kyenkyenhene, John Yawson, Anas Seidu/ Ben Kayede, Opoku Afriyie, Abdul-Razak, George Alhassan himself and Mohammed Polo, to vanquish all opponents and annex the AFCON cup donated by Lieutenant General Abdel-Aziz Mostapha of Egypt for the third time in Accra and for keeps, defeating the Cranes of Uganda 2-0, through Opoku Afriyie, who has passed on.

After him, it was the turn of George Alhassan and his team in Libya ’82, who went ill-prepared, but  saw and conquered. Then on, the Stars have never won an AFCON.

#BringBackTheCup. Senior citizens of Ghana football are pleased to meet you!

A CONVERSATION BETWEEN MME. SKIRT AND M’SELLE. BLOUSE 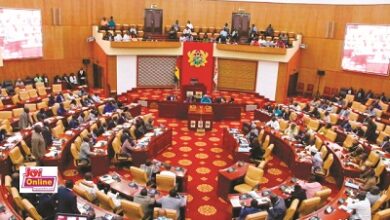