The First Lady, Mrs Rebecca Akufo-Addo yesterday commissioned a 16-bed Community Health-Based Planning Services (CHPS) compound to serve residents of Kwame Anum in the Ga South Municipality of the Greater Accra Region and its environs.
The facility which was constructed with funding from the Infanta Malaria Prevention Foundation is fitted with an out-patient department, a delivery room, labour ward, a reproductive and child health area, two consulting rooms and a pharmacy.
It also makes provision for a laboratory and administrative offices to serve the estimated 30,000 population within the Obom Domeabra constituency of the municipality.
In a brief speech to open the health centre, Mrs Akufo-Addo noted that the initial idea of Infanta Malaria Foundation was to rehabilitate the already existing CHPS compound but upon consultation with the community and health service leaders, it was decided that a new centre was constructed.
She indicated that the “Kwame Anum” Health Centre would provide lifesaving and essential services such as immunisation against the 13 childhood killer diseases, maternal, child health, nutrition and emergency services to improve the well-being of indigenes.
“Health is a fundamental human right and the CHPS initiative is an important strategy to address the health needs particularly of women and children,” she said.
Since its establishment in 2017, Mrs Akufo-Addo said, Infanta Malaria Prevention Foundation has put up three CHPS compounds in Kobedi in the Sunyani West district of the Bono Region, Adenkrebi in the Ga East Municipality of the Greater Accra Region and Nyanshegu in the Sagnarigu District of the Northern Region.
She pledged commitment of the foundation of which she is co-founder, to support interventions for the prevention and treatment of malaria in the country.
Director of Public Health for the municipality, Dr Abena Okoh in a remark, expressed gratitude to the First Lady and the Infanta Malaria Foundation for the intervention.
She expressed confidence that the CHPS compound would complement efforts at achieving Universal Health Coverage by “bringing health closer to the people”.
Dr Okoh assured that the facility would be put to good use and properly maintained to serve the populace and help improve their health.
She seized the occasion to entreat parents to present their children, from zero to five years, to present their children for polio immunisation and an upcoming malaria survey by the Ghana Health Service (GHS).
Present to witness the commissioning of the facility were the MCE for Ga South Hon. Stephen Nyarni, MP of Obom Domeabra Constituency Hon. Parliamentary Candidate for the NPP Philip E.K Doe and the chief and leaders of Kwame Anum.
In a related development, the First Lady also cut sod for the construction of an ultramodern library at Amasaman in the Ga West municipality.
The project is expected to be completed within the next six months.
She also inaugurated the Amasaman New Patriotic Party (NPP) campaign team for the 2020 elections and held meetings with market women and traditional leaders within the municipality. 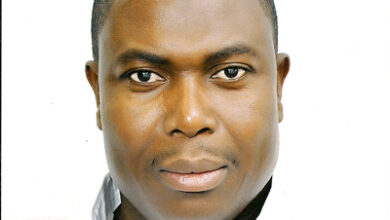