The slum is home to thousands of porters, popularly known as ‘kayayei’, and scrap dealers, and about 500 of them have been displaced as a result of the incident.

Personnel from the Ghana National Fire Service (GNFS) found it difficult to get to the vast area, which was engulfed by fire, because of haphazardly erected structures, undulating terrain and total darkness, following a blackout.

It is unclear what triggered the fire, but eye-witnesses said it started late afternoon when most of the occupants were still at work at the markets.

One of the volunteers, who tried unsuccessfully with others to quench the fire, said the fire started from a two-bedroom wooden structure and spread rapidly to other areas, resulting in the collapse of a power pylon.

He said “We were here when they called us that fire was coming from two rooms, and the owner was not in, so the fire was burning inside that room so we should come and check.  We struggled to quench the fire and so we called the fire service.”

According to him, the fire spread to other areas before the GNFS personnel were called in, saying “the fire reached the shade. After the shade, it reached here again. As for the pole (pylon), all we heard was boom”.

The fire razed hundreds of shops in the area that is as big as the size of about five standard football pitches.

The destruction of the high voltage pylon is blamed for the spontaneous power outage in surrounding communities such as Asawasi, Aboabo Number One and Akwatia Line.

Fire personnel managed to bring the fire under control at about 11: 20 p.m, several hours after battling the blaze.

Scrap dealers were seen scavenging for scraps from the debris a few minutes after GNFS personnel doused the fire. GNA 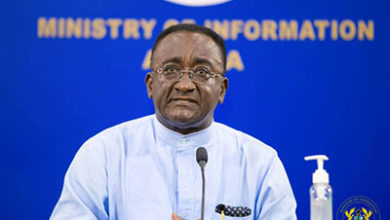 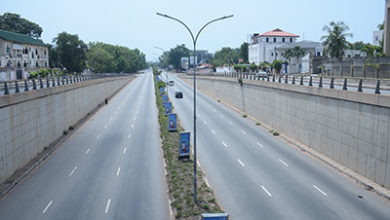 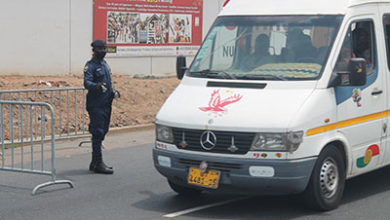