The senior national football team, the Black Stars will return to action for the first time since January after the Ghana Football Association (GFA) confirmed on Thursday two friendly games against Mali and Equatorial Guinea in October.

The games against the two African sides would be played in Turkey with the Stars first taking on Mali on Friday, October 9 before confronting Equatorial Guinea on Monday October 12.

Both games are expected to be played behind closed doors and under strict observation of all COVID-19 protocols.
The games would give Head Coach, C.K Akonnor, his first cap with the Stars in this capacity since he was elevated to the position in February when former coach Kwesi Appiah left the job.

Both games will serve as a major boost for Akonnor as he prepares the team ahead of their African Cup of Nations (AFCON) qualifiers against Sudan in November.

With Akonnor yet to name his squad for both assignments, he will be elated at the return of two players. Leicester City defender Daniel Amartey who returned to action on Wednesday against Arsenal after a two-year injury lay-off and Jeffrey Schlupp who also returned to action over the weekend and was instrumental in Crystal Palace’ 3-1 victory over Manchester United at Old Trafford.

The list may also include Southampton new boy Salisu Mohammed whose family revealed that he was willing to play for the Stars after Akonnor left him out of his first squad in March, accusing him of a lethargic approach with regard to the Stars.

Players such as highly-rated Ghanaian defender Abdul Mumin of Victoria Guimaraes in Portugal and new captain of Chinese Super League side Tianjin Teda, forward Frank Acheampong who last appeared for the Stars in 2018 would also be on Akonnor’s radar.

Ghana sits top of Group F after winning their two opening games against South Africa and Sao Tome and Principe in November 2019. 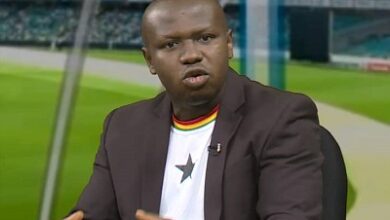