Former President, John Dramani Mahama on Thursday donated a consignment of boots, gloves and other personal protective equipment (PPE) worth about GH¢50, 000 to the Sogakope District Hospital and the Ketu South Municipal Hospital in Aflao.

Thirty boots, 2,000 hand gloves, face masks and other PPE out of the consignment were presented to the Sogakope District Hospital on behalf of the former President by Mr Alexander Percival Segbefia, a member of the NDC COVID-19 Technical Team.

The former Minister of Health said that the gesture was to ensure that the hospital did not run out of those items before the government’s supply arrives.

He gave the assurance that more of such support to the hospital would follow in the near future.

The fight to contain the spread of COVID-19, he pointed out, required all and sundry to get on board.

Mr Segbefia entreated the authorities of the Sogakope District Hospital to work hand-in-hand with the Comboni Catholic Hospital also in Sogakope to address the problem of the virus effectively.

Speaking after the presentation, Dr A. Habib, Medical Superintendent in-charge of the hospital, expressed gratitude to the NDC COVID-19 technical team for the gesture which he said was appropriate in its timing.

According to Dr Ahmed, the hospital had recorded one case of the virus, adding that the items would help immensely in the treatment of the confirmed case and possible new cases.

He gave the assurance that workers at the hospital were working around the clock to contain the spread of COVID-19, and urged members of the public who felt unwell to report to the hospital without delay.

“The earlier the case is detected, the better,” Dr Habib added.

Deputy Director of Nursing at the hospital, Mrs Monica Asase urged other organisations to support the hospital in similar ways, saying healthcare was a collective responsibility.

At the time of filing this report, the number of confirmed COVID-19 cases at the Sogakope Hospital had risen to two.

Mrs Asase said that the first had been sent to the treatment centre in Ho, while the second case was at the hospital in the interim.

Time for U.S. to show its might as champion of human rights 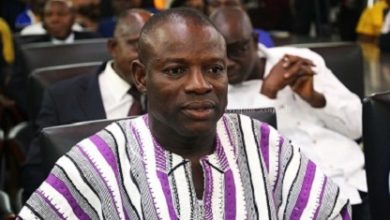 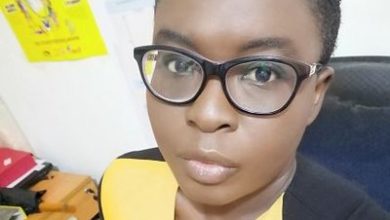 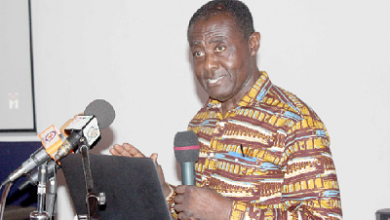