This is an unintended outcome of use of some familiar medicines. There is a piece on the issue by Bharti et al titled “Drug induced gingival overgrowth:the nemesis of gingiva unravelled”, published in the Journal of the Indian Society of Periodontology, 2013. There is updated piece by Tungare et al-https://www.ncbi.nlm.nih.gov/books/NBK538518/, October 2020.

Drug-induced gingival overgrowth or enlargement occurs in whole or in part from systemic drug use. It occurs as a side effect following the administration of drugs used mainly for non-dental purposes. Several factors namely; age, genetic predisposition, presence of pre-existing plaque, and gingival inflammation influence the relationship between the drugs and gingival tissue. There is a variable gingival response in patients taking these drugs. Furthermore, within the group of patients that develop this unwanted effect, there appears to be variability in the extent and severity of the gingival changes. There is need for patient education by the health care provider before use of such medicines.

Drug-induced gingival hyperplasia (DIGH) is a periodontal side effects of certain drugs, causing swelling, bleeding, and problems with chewing, aesthetics, and pronunciation. In more severe cases, it can cause high mobility and detachment of the teeth due to alveolar bone absorption. All of these effects lead to the deterioration of the patient’s quality of life (QOL). More than 20 drugs are associated with DIGH, principal among them are immunosuppressants, calcium channel blockers, and anticonvulsants.

Phenytoin (PHT, or 5,5-diphenylhydantoin), phenobarbitone,  primidone, mephenytoin, are some of the drugs that have been linked to gingival hypertrophy. At times, multiple drugs are given together, which could act synergistically and aggravate the condition. Drugs like PHT, phenobarbitone, and primidone are metabolized to 5-(4-hydroxyphenyl) 5-phenyl hydantoin (4-HPPH), responsible for the overgrowth of gingival tissue. Phenytoin is the drug of choice for the treatment of temporal lobe, grand mal, and psychomotor seizures and is the anticonvulsant most associated with gingival enlargements.

Cyclosporin, tacrolimus, and sirolimus are immunosuppressants linked to gingival enlargement, and cyclosporin is the most common of these. Immunosuppressants are frequently prescribed after organ transplantation, such as post renal transplants, and in the treatment of some autoimmune diseases, like rheumatoid arthritis. The incidence of gingival overgrowth has been found in nearly 53% of patients taking cyclosporin after renal transplants. Tacrolimus is less toxic than cyclosporin, causing less hepatic and renal toxicity and less severe gingival overgrowth than cyclosporin. Sirolimus is another immunosuppressant that has shown a predisposition to gingival enlargement

Calcium channel blockers have emerged as key medicines for the management of high blood pressure. These include nifedipine, felodipine, and amlodipine. Persons put on these medicines may have a higher risk for gingival hypertrophy.There is therefore need for patient education by the health care provider. Combining these medicines with some anticonvulsants or immunosuppressants increases the risk of gingival overgrowth.

There have been explanations for these observations. One is linked to the genetic predisposition of the individual.This is substantiated by the fact that some individuals develop gingival hyperplasia and some do not whilst on the same drug. The usual inflammatory response of gingival fibroblasts and subsequent proliferation of connective tissue matrix emphasizes the heterogenetic character of the individual’s gingival fibroblasts in response to the inducing drugs. The common mechanism of action at the cellular level of all these three categories of dissimilar drugs appears to be inhibition of cation influx, particularly sodium and calcium ions. Gingival overgrowth is multifactorial. Bacterial plaque appears to be a contributory factor, and the severity of gingival overgrowth is directly proportional to the degree of plaque buildup and plaque-induced inflammation. Decreased cation dependant folic acid (FA) active transport within gingival fibroblasts causes reduced FA uptake by the cells, causing changes in the metabolism of matrix metalloproteinases and inability to activate collagenase. This results in an accumulation of connective tissue and collagen due to a lack of collagenase

Patients with DIGO typically present with gingival hypertrophy, pain during chewing, and cosmetic disfigurement one to three months after starting treatment with one of the drugs associated with the disease. They will report a past medical history of hypertension, angina, epilepsy, or have received an organ transplant recently.This history becomes important to the health care provider in narrowing the possible cause of the problem.

The aim of treatment in DIGO is to alleviate the patient’s discomfort, to be able to do simple acts like eating and chewing pain-free, treat the inflammation, reduce the swelling, and give a better cosmetic appearance to the gingiva.

The modalities of treatment are medical and surgical. Medical management is the first line of treatment, and surgery is reserved for recurrences or cases that persist despite good medical treatment.

Discontinuing or changing the medication is usually the first consideration. Cyclosporin substitution is more complicated because of the options available. Cyclosporin can be substituted by tacrolimus, and the use of azithromycin in combination with cyclosporin has shown a decrease in the severity of DIGO.Plaque control is a critical step in the treatment of DIGO.

Control of inflammation, including non-steroidal anti-inflammatory agents, antibiotics to control infection, and topical antifungal medication, may also be utilized together with Folate supplementation.

Since this condition is entirely drug-induced, patient education about the side-effects of these drugs before starting treatment becomes important. Drug-induced gingival enlargement has a good prognosis and is generally reversible on stopping or substituting the offending drug. 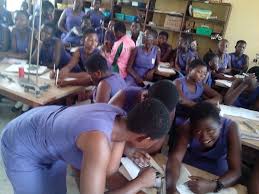 EFFICIENT MOBILIZATION OF NON-DISCRIMINATORY ROAD FUND REVENUE AS AGAINST THE AGE-OLD TOLL BOOTH CONCEPT: A Candid Opinion and Humble Submission

The NATO invasion of Libya: There are consequences, but there is no state