A dental x-ray ordered by a Kumasi Circuit Court to ascertain the age of an accused person who claimed to be a has proved he is 21 years old Gilbert , accused, was said to have told the court that he was 17 years old, when he first appeared before it on March 26, 2019, charged with attempted robbery and causing unlawful harm.

He was remanded by the court presided by Madam Mary Nsenkyire, who ordered a dental x-ray to ascertain the accused’s real age. The court said uncertainties about the age of accused could affect the outcome of the trial, and accused was ordered to undertake the test before the next adjourned date.

Chief Inspector Timothy Amoa- ko told the court that accused on October 20, 2018, about , attacked and robbed Faustina Foro,
a seamstress, and the complainant, who resides at Santasi, a of Kumasi.

said the complainant on her way home after of work, was attacked with a sharp metal by accused, who robbed her of her mobile phone valued at GH¢500.00, after a struggle, which resulted in multiple wounds.

Chief Insp Amoako told the court that accused took to his heels with the phone leaving com- plainant to her fate. He said the complainant report- ed the case to the police and she was issued with a medical report form to attend hospital.

said the accused was arrested when spotted at a hideout by civilians and handed over to the police. He said during police inves- tigations, accused confessed to the crime and was subsequently charged. — GNA 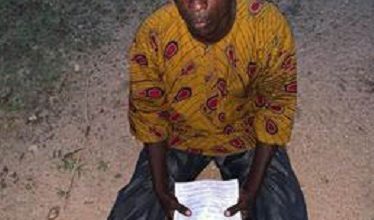