In September 2015, the global community under the aegis of the United Nations Organisation(UN), General Assembly adopted the Sustainable Development Goals (SDGs), as a new holistic approach to achieving sustainable development.

Under the 2030 Agenda for Sustainable Development (SDGs), which is a follow up of the Millennium Development Goals, countries of the world are expected to hasten the implementation of social economic policies to end all forms of poverty, protect the planet and ensure prosperity for everyone by 2030.

This is because, there still exists extreme poverty globally, which calls for deliberate policies in place  to ensure inclusive society that “leaves no one behind.”

In order to speed up the implementation of the action plans that “leaves no one behind”, the UN has declared year 2020-2030 as the “Decade of Action” for nations to vigorously scale up efforts at realising all the targets to be accomplished under the 17 SDGs.

As the world inches to give account on how well or otherwise we have achieved the targets we set out for ourselves, in terms of our well being, our prosperity and our resolve to protect the planet for the benefit of future generations, humanity has been dealt a heavy blow by the Severe Acute Respiratory Syndrome Coronavirus-2 (SARS-CoV-2), the new virus behind the Coronavirus(COVID-19) pandemic, described by UN chief Antonio Guterres as as the “worst crisis” to face humanity since the World World II.

Globally, more than one million people across the globe have the infection and nearly 65,000 people have succumbed to the disease, with US, Italy Spain, Iran bearing the brunt of the disease that has no cure.

Indeed, the COVID-19 has taken a huge toll on the health of the people and the global economy.

Clearly, the disease has compromised the health and wellbeing of the global population, reversing efforts at attaining, especially the sustainable development goal three, that seeks to ensure good healthy population by cutting down mortality, raising life expectancy and economic growth.

Lockdowns measures being introduced by governments, as part efforts to break the transmission of the disease in populations, have slowed economic activities,affecting government revenue and expenditures, especially financing of interventions to uplift the well being of vulnerable and the poor in society, especially in developing countries.

The International Monetary Fund’s Managing Director Kristalina Georgina said among others,after the G20 meeting of Finance Ministers and Central Bank Governors on March 23, that “For 2020 it is negative-a recession at least as bad as during the global financial crises or worse.”

She added: “We expect recovery in 2021.To get there; it is paramount to prioritise containment and strengthen health systems everywhere.”

The Secretary General of the Organisation for Economic Cooperation and Development, Angel Gurria has deduced that “Even if you don’t get a worldwide recession, you ‘re going to get either no growth or negative growth in many of the economies of the world, including some of the larger larger ones, and therefore you ‘re going to get not only low growth this year, but also it’s going to take longer to pick up in the future.”

A bleak global economy has serious repercussions on the fragile economies, especially on their abilities to source additional funding to scale up interventions.

Already there is strain on African health systems, and It has been established that Africa has the highest global disease burden of 23 per cent and yet contributes only one per cent to the global health expenditure, as against 10 per cent by the rest of the world.

Larger economies are injecting stimulus packages to resuscitate their economies.

The private sector in Ghana is a key stakeholder and touted as engine of growth. Partial lockdown in some highly risky population areas of Accra, Tema and Kumasi, noted for industrial activities, will certainly have negative impact on the economy, with dire consequence, for the funding of social assistance for vulnerable groups and the needy.

The managers of the Ghanaian economy are still counting revenue losses due to the partial lockdown measures introduced to curb the transmission of the COVID-19 pandemic.

Ghana’s estimated Gross Domestic Product growth, according “Economic Impact of the COVID-19 pandemic on the Economy of Ghana” Report(April 2020) by Deloitte, is set to plummet from a target of 6.8 per cent to about 2.6 per cent in 2020.

“Given that Ghana is an import-driven economy, COVID-19 is likely to have adverse impact on the country’s international trade and reserves.If the COVID-19 situation persists longer than anticipated, the economy could suffer from significant decline in government revenue and expenditure, resulting in potential job losses.This could in turn erode economic gains achieved in recent years and significantly slows down Ghana’s economic development.

In the light of current development,the government estimates a slump in projected GDP growth for 2020 at 2.6 per cent which is significantly lower than budgeted GDP growth of 6.8 per cent for the year,” the report said.

Very refreshing and reassuring, but that has to be accomplished eight months into a general elections!

TAKE RESPONSIBILITY FOR YOUR LIFE 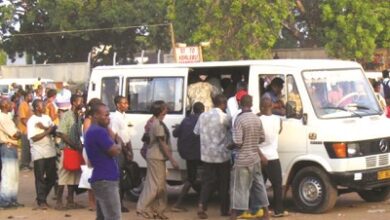 OUR COVID CONTROL MEASURES HAVE BEEN COMPROMISED