The 2020 National Chocolate Day came off as planned at the Alisa Hotel on Friday, 14th February. The recognition given to cocoa as a national crop was evident in all aspects of the programme. The Theme: “My Chocolate Experience: My holistic wellbeing” defined the place of cocoa/chocolate in every aspect of our lives. Yes, as we celebrate love and savour the pleasures and ecstatic experiences of chocolate we also need to remember the other aspects such as nutritional and health benefits of cocoa.

As we strolled out of the hall at Alisa Hotel, someone remarked “what happens after the National Chocolate Day?” Yes, what happens beyond the National Chocolate Day?A media person responded that there should be daily and regular messages, information and education on the health benefits of cocoa. Another added that media persons should put their shoulders to the wheel to make cocoa the food and drink of all Ghanaians. Another went on to say that media persons need to see cocoa consumption promotion as our National duty. Each media person should make a pledge that when he/she sits behind the console he/she will make a statement on the several health benefits of cocoa.Someone made a confession. I grew up drinking a cup of cocoa beverage everyday. I do not know why my parents insisted on it as part of our daily intake of drinks. I got to know about the health benefits much, much later. Even then I felt refreshed every time after consuming it. It was also the last thing we consumed before retiring to bed. He went on, in the boarding school, my friends did not understand why I had more cocoa related products in my baggage than anything else. Somehow I had gotten to know that drinking copious amounts of cocoa enabled me to endure long classes without any sign of fatigue. The discussions reminded me of my time on campus.

Someone remarked that perhaps the Ghana Education Service should make it a point to teach children about the health benefits of cocoa. Many children already know about Tetteh Quarshie and the cultivation of cocoa in Ghana. What we need to add is the fact that out of the 22 cocoa-producing countries, Ghana’s cocoa is still the benchmark for all other cocoa produced around the world.Then another person chipped in that the best moment for drinking cocoa was when he was stressed up. Yes, the mood moderating effects of cocoa is well documented. This has been proven in students at various stages of the semester. Another person said the teachers should also be encouraged to be high consumers of cocoa. Teachers stand for long hours imparting knowledge. Teachers need cocoa to improve brain function, reduce fatigue and enable them to deliver to the best of their abilities under all conditions. He said, I used to teach and believe you me it is not easy imparting knowledge. Perhaps the Teachers Association need to be engaged about the health benefits of cocoa.

The recreational and catering facilities have so much to do in this National drive. We gathered there was a Cook Art competition in Kumasi on that particular Day (February 14). The public needs to know the innovative ways cocoa can be incorporated into our regular dishes. Furthermore, it should be possible to revise all the menus and presentations at all catering facilities and institutions. Cocoa should be made visible just as has been done for other beverages.

The Arts should also take it up. Every major event in the country is marked by some form of drama display or singing. The benefits of cocoa can be incorporated into these arts. The National quizzes in the country should capture the health benefits of cocoa. The studies demonstrating the improved cognitive abilities from cocoa consumption should be featured in these national quizzes. Then someone added that another area he saw a clear need was the armed forces that regularly embarked on difficult missions in the country and beyond. The health benefits should be known to them. If cocoa reduces fatigue then it should be part and parcel of theroutine exercises of the armed forces.  If it improves cognitive function and also moderates mood then there is more reason for it to a be a staple in their required logistics. Someone said there were many areas for the incorporation of cocoa in the police service as well. They also need to consume cocoa regularly. Then attention turned to me, should it not apply to health workers. Yes, it applies to health workers who go through all kinds of rigours of daily routine and run shift systems.

The intestinal flora (gut microbes) has been found to be critical in the maintenance of good health.  The gut microbiota undergoes cyclical changes from day to night in relation to time of food intake (and type). The body’s biological clock works in synergy (harmony) with the microbial clock. Biological clocks produce circadian Rhythms and regulate their timing.  A circadian rhythm is a natural internal process that regulates the sleep-wake cycle and repeats roughly every 24 hours. Biological clocks produce circadian rhythms and regulate their timing. Shift workers experience short sleep times and disturbed circadian rhythms. These alter the composition of the gut microbiota and affect the nervous and immune systems. The 24/7 lifestyles of shift work, early morning starts, delayed bedtimes, and late night eating cause circadian disruption. This in-turn affects the gut microbiota (Bae et al. At the Interface of lifestyle, behaviour and Circadian Rhythms: Metabolic Implications. Frontiers in Nutrition, 28 August 2019. Vol 6, Article 132).Polyphenols modulate the gut microbiota. Cocoa is the richest food source of polyphenols on weight basis. Yes, health workers need to consume cocoa every day.

Cocoa consumption should be a way of life and not a day’s event. 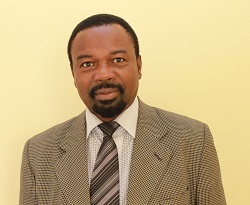 The Corona-virus Pandemic (COVID – 19) – The Issues in the Tissue 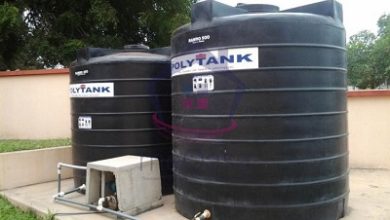 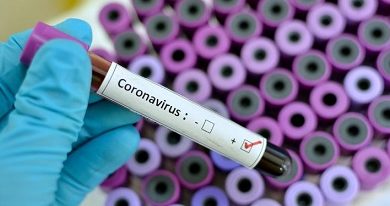