The Chief Justice, Anin Yeboah, is said to have called for the docket on the case, in which Senior Minister Yaw Osafo  Maafo is seeking the High Court to commit the Auditor-General (A-G) to prison for contempt of court.

It is not clear why the CJ has called for the docket, but the presiding judge, Mrs Doreen Boakye Agyei, told the parties yesterday to see the court manager for further directions.

Justice Agyei said a petition was sent to the CJ for the dockets concerning the contempt case and another pending before Justice Effia Serwaa Asare Botwe.

Mr Maafo and four others have asked the court to send the A-G, Mr Yao Domelevo, to jail for failing to comply with the law to file a response to an appeal case, in which he (Domelevo) surcharged the Senior Minister and four others to refund monies allegedly paid to a UK company for no work done.

On February 10, 2020, Mr Yaw Oppong, the counsel for the applicants, moved his motion for contempt in the judge’s chamber.

The Ghanaian Times has gathered that Mr Oppong could not finish his legal argument when the case was adjourned to February 24.

Messrs Maafo, Domelevo, the other applicants as well as their counsel were in court yesterday, but it was not clear why proceedings were held in-camera on February 10.

Mr Maafo and the four other applicants asked the court to hold that the conduct of the A-G “clearly amounts to a gross contumacious disrespect to the authority and sanctity of the law and therefore, ought to be punished in accordance with the law”.

They also urged the court to make consequential orders, including the setting aside of the “impugned decision of the respondent”.

The applicants said the refusal of the A-G to file documents as required by law was evident that the decision made by the A-G against them was actuated by malice and a calculated attempt to impugn their hard won reputation.

Mr Maafo and the four other persons argued that Mr Domelevo was required by law to file a response to the appeal after 14 days service on him, but he failed to do so.

They said that a search conducted at the High Court, Accra, on January 14, 2020, has revealed that although the A-G was served with the appeal on December 13, 2019, he has refused to comply with the law.

Mr Domelevo had indicted the Ministry of Finance and the Senior Minister for paying a UK firm, Kroll and Associates Limited, in 2017 to recover assets from identified wrongdoers, among others, without verifying outcomes.

Mr  Maafo had said he was resorting to the courts because “the evidence available shows clearly that the Auditor-General erred in law and professional procedures in the exercise of his powers regarding his audit on payments to Kroll and Associates Limited.”

He also insisted that approval for the request for single-source procurement of professional services was obtained contrary to claims by the Auditor-General that they failed to seek approval from the Public Procurement Authority. 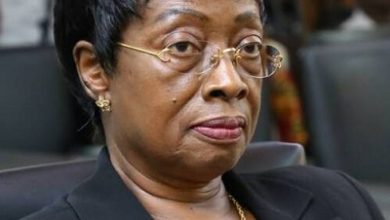