Accra Lions failed to close the gap on leaders Tema Youth after they played out a 1-1 draw with Accra City on Saturday in the Division One League Match Day-16 fixture played at the Teshie MATS Park.

The visiting second-placed Accra Lions fired home the opener just on the stroke of first half, courtesy Joseph Addo Tetteh’s 30 yards screamer, before substitute Alhassan Mankuyeli snatched the much-needed equaliser on the 77th minute via a controversial spot-kick.

The visitors had a bit more of the ball in their possession and came close with the first chance in the 14th minute when Rauf Salifu’s low drive missed the target.

A fairly balanced game, though, it was Accra City that threatened the goal area of Lions more often with skipper David Ansong trying some range efforts.

Just before the stroke of first half, the unexpected happened when Joseph Addo Tetteh capitalised on a pull-out to crack home his 30-yard screamer, giving Accra Lions the lead.

The goal got the away fans cheering throughout the break.

Bent on snatching the leveler, Accra City introduced a couple of fresh legs as Slyvester Okyere and Alhassan Mankuyeli came on for Kadiri Ali and Mohammed Alhassan respectively – a minute after recess to add more power to the attack.

The visitors kept prowling for another damage and nearly got the second goal only for goalie Richard Twumasi to pull a superb save from Evans Ampofo’s well-taken shot.

In the 63rd minute, Accra City stood up to jubilate a supposed equaliser only for Isaac Antah to be denied by the goal post after his free-kick hit the cross-bar.

Minutes later, a dubious penalty was awarded against Lions whose centre-back Richard Ankrah, was adjudged by the referee to have pulled Alhassan Mankuyeli’s shirt in box. It was a horrible call by the referee.

Substitute Mankuyeli made no mistake as he converted from the spot in the 77th minute to share the spoils. 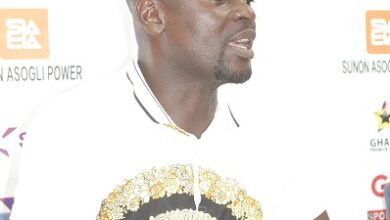 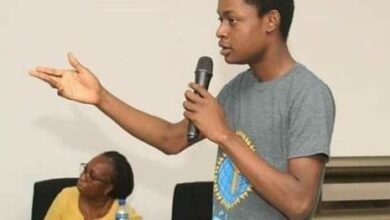