The Chief of Staff, Ms Akosua Frema Osei Opare on Monday donated assorted items worth about GH¢5000 and a cash of GH¢2000 to expectant mothers and mothers at the University of Ghana, Legon, Hospital maternity ward.

Speaking in an interview with the Ghanaian Times, the Metropolitan Chief Executive (MCE) of Ayawaso West Municipal Assembly (AWMA), Ms Sandra Owusu Ahenkorah, who presented the items on behalf of the Chief of Staff, said the donation was done to reduce the burden of expectant mothers.

She stated the money was given to mothers, who did not have enough breast milk, to buy infant formula for their children.

The MCE indicated that women needed support in critical times, saying many complications could develop during the delivery stage and urged men to support them.

“Care and support can energise pregnant women to have extra strength to deal with maternal complications,” she said.

Ms Ahenkorah also entreated midwives and nurses to be patient in handling expectant mothers, adding that they have to pray and pamper them to subdue their fears.

Mr Eric Gaisey, the Administrator of the hospital, who conducted the MCE and her team round the facility, commended the chief of staff for the gifts and promised to use the money and items for its intended purpose.

He said the donation would create a conducive atmosphere for the expectant mothers and staff to carry their duties effectively, and called on individual organisations to donate to pregnant women to ease their delivery burden. 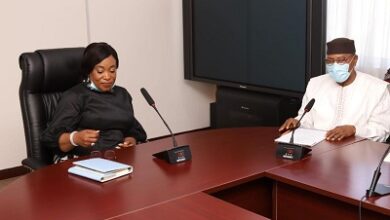 Green partnership: Africa and Europe together