An unidentified man was electrocuted on Monday, when he allegedly attempted to steal electricity cable from power distribution channel, on the Tema-Akosombo road.

The incident drew scores of residents from Tema Community 4, who came to the scene to catch a glimpse of the body and to take pictures with their phone cameras.

An eyewitness, Ato Amissah, said he was accompanying two friends for a walk around 4:30am when they witnessed the sad incident.

He said, “We were walking on the pedestrian island, and when we got to a point we saw a man stooping to take something from the distribution channel ahead of us. When we got close, I shouted for him to give way so that we could pass, but he did not mind us. After we passed him, I picked two stones from the ground and threw them at the channel to make a clinging noise, but the man did not move. I sensed he might have been electrocuted, so I raised the alarm and some people from the area came to confirm that he was electrocuted”.

Ato said when information about the electrocution got to the Electricity Company of Ghana, some officers were dispatched to disconnect power to the area, after which police arrived to convey the body to the Tema General Hospital.

She said that Assembly Member for Horticulture electoral area, in Tema Community 4, Baba Tunde Lasisi, reported to the Community 1 Police Station that that a 40-year-old unidentified man, was found electrocuted when he attempted to steal electricity cable from power distribution channel, close to the Rana Motors company.

Chief Insp Dede advised members of the public to stay clear of electric power lines because of the risk of electrocution.

ON THE SAKAWA TRAIL

4 remanded in connection with murder of law professor 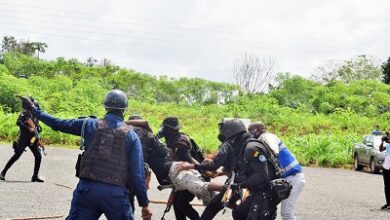 2 miscreants arrested for attempting to disrupt voting in Ho 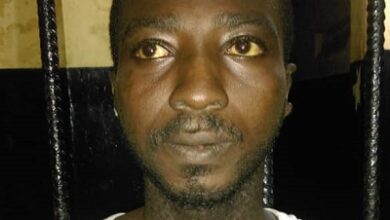