A Burkinabe Member of Parliament (MP) and deputy mayor of Djibo, a town in Burkina Faso‘s Sahel province has been assassinated on the road between Djibo and the capital, Ouagadougou, raising alarm over the continued violence in the country.

Local sources said the vehicle in which Oumaru Dicko was travelling on Sunday with three others was hit by an improvised explosive device (IED) causing a crash which killed two of the passengers instantly.

Passengers travelling on a bus from Ouagadougou to Djibo witnessed the attack and said they tried to rescue Dicko and another surviving passenger from the vehicle before unidentified gunmen approached them and took the two men away to be executed.

“We took the wounded out of the car. The attackers took them away and we heard gunshots,” said one witness, speaking to RFI, a French broadcaster, “they had rocket launchers and sophisticated weapons.”

So far, none of the armed groups operating in Burkina Faso have claimed responsibility for the attack.

This is the first time a Member of Parliament has been assassinated in the conflict, which has spiraled in Burkina Faso since a coup brought about regime change in 2015.

It is not unusual for attacks in Burkina Faso to go unclaimed, although most cases are attributed to armed groups including Ansar ul Islam, Jama’at Nasr al-Islam wal Muslimin (JNIM) and Islamic State in the Greater Sahara (ISGS), which operate in Burkina Faso and the wider Sahel region of Africa.

On Monday, France announced it would be expanding Barkahne, its Sahel military operation, into Burkina Faso by sending troops to its northern region.

So far this year, the conflict in Burkina Faso has led to nearly 1,700 deaths according to data provided by The Armed Conflict Location & Event Data Project (ACLED) – more than in neighbouring Mali’s conflict which has received more international funding, military support and media attention than Burkina Faso.

It has also prompted a humanitarian crisis in which almost half a million internally displaced people (IDPs) have been forced to flee their homes.

The assassination on Monday is symbolic of the level of violence in the north and, to a lesser extent, the east of the country, which the government and army are struggling to control, observers say. -Aljazeera 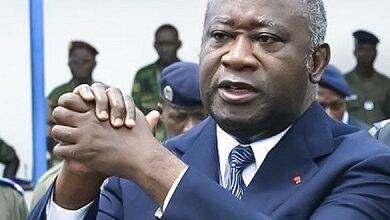 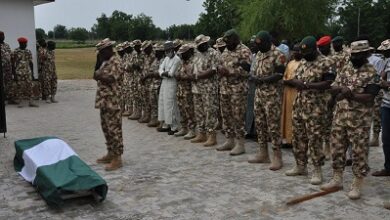