The Bank of Ghana (BoG) says it has secured one billion dollars from the U.S Federal Reserve to boost the country’s dollar liquidity.

The Governor of the BoG, Dr Ernest Addison, who said this in Accra yesterday during the 94th Monetary Policy Committee (MPC) news conference to announce a new policy rate, said the bank had concluded negotiations with the U.S Federal Reserve to that effect.

He explained that the $1 billion Repurchase Agreement facility was under the U.S Federal Reserve Repo facility for Foreign and International Monetary Authorities.

“This facility is expected to be available for at least six months, provides an important foreign exchange buffer to boost dollar liquidity amid COVID-19 global pandemic, and will further enhance the BoG’s dollar liquidity,” Dr Addison said.

In a related development, the MPC of the BoG has maintained the policy rate at 14.5 per cent, citing risks to inflation and growth.

This comes after the MPC slashed the policy rate by 150 per cent basis points at 16 per cent in March, amid the COVID-19 pandemic.

Dr Ernest Addison who is also the Chairman of the MPC, said the bank’s latest forecast “points to elevated risks to the inflation outlook in the forecast horizon, underscored by the recent jump in headline inflation”.

Inflation for the first time in nine months rose to 10.6 per cent in April, 2020 from 7.8 per cent in March 2020 due to the increased demand for food as a result of the partial lockdown.

“The recent rise in inflation is projected to peak in the second quarter and begin to return to the disinflation path in subsequent quarters with inflation settling within the medium-term target band by the end of the year,” Dr Addison said.

The Governor said the baseline projections of the BoG showed a sharp downturn in Gross Domestic Growth (GDP) with the economy operating below capacity in the medium-term.

Notwithstanding the unfavourable global developments, he said the performance of the external sector had been strong in the first quarter of the year, reflecting ain a higher trade surplus and higher capital inflows.

He stressed that the decision of government to access the Eurobond market earlier in the year, and the Rapid Credit Facility financing from the International Monetary Fund resulted in a build-up in reserves of $1.5 billion, constituting 2.2 per cent of GDP and therefore increased Gross International Reserves from $8.4 billion at the end of December 2019 to 10.3 billion at the end of April 2020, sufficient to provide 4.8 months of import cover.

“The strong reserve position has helped to ensure stability in the foreign exchange market even as external financing conditions tighten and emerging and frontier economies see capital flow reversals as a result of the heightened global uncertainty,” Dr Addison said. 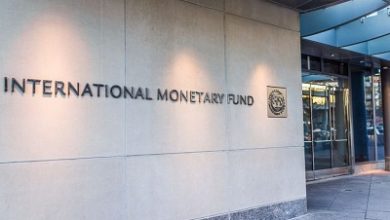 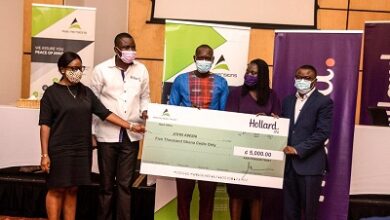 Axis and Hollard partner to ensure quality life for pensioners