President Nana Addo Dankwa Akufo-Addo has condemned recent comments by his predecessor, former President John Dramani Mahama, that, the country will plunge into chaos in the aftermath of the December 7 general elections.

“The good sense of the Ghanaian people, which has preserved the peace and stability of the 4thRepublic for the last 27 years, will continue to prevail, and they will not permit this country to be plunged into chaos. Ghana is bigger than the ambitions of any of us,” he said.

President Akufo-Addo was speaking at the 20th anniversary celebration of the founding of the Tertiary Students Confederation (TESCON) yesterday in Ho in the Volta Region yesterday.

The former President is reported to have stated in a recent meeting with fisher folks that the Electoral Commission (EC) would be held responsible for any violence that may occur after the December 7 election if it compiled a new register for the upcoming election.

“If the EC will not listen to us, and proceed to compile a new biometric register, then they will be held responsible for whatever happens. If strife and conflict occur, the EC should own up and accept responsibility for it,” the former President said in response to plans by the EC to compile a new voters’ register for the election later this year

President Akufo-Addo, while condemning the comments, said the peace and stability of the nation which was being enjoyed by Ghanaians would be maintained in the aftermath of the election.

He accused his predecessor of being inconsistent with his statements and urged him to maintain the same stance he took over such matters when he was President of the country.

“I think that it is important for the credibility of our national public discourse that public persons are seen to be consistent in their views and advocacy. It cannot be right that when you are President, you say one thing, and, when you become leader of the opposition, you say another,” he said

President Akufo-Addo recounted how, when in opposition, and when agitations about the credibility of the current electoral register took place, he and his party members went on lawful and peaceful demonstrations while others went to court to vent their grievance and seek redress.

According to President Akufo-Addo, at the time, the then President Mahama responded by saying “some parties have made it a penchant to continuously attack the EC for reasons I cannot understand. This is the time we need to give the EC peace to do its work.

“Every little thing, they are at the EC attacking the Commission… our electoral process has inherent safeguards in it that any serious political party can ensure that it polices that election, and makes sure of the integrity of the election”.

President Akufo-Addo said the former President went ahead to say that he believed that the EC was the most experienced and the best not only in Africa but in the world, and had delivered very successful elections in the past, and, therefore, deserved the encouragement and support to be able to deliver a successful election.

He described the former President’s latest comments as very unfortunate and inconsistent to his previous statements about the EC.

President Akufo-Addo said the exclusive constitutional responsibility of the EC for compiling an electoral register had not changed, adding that the commission had done so on three occasions since the inauguration of the 4th Republic.

“None of the registers compiled by the Electoral Commission – 1995, 2004, 2012 – the last two in election years, on one occasion when the NPP was in office, the other when the NDC was in office – led to any disturbance or upheaval in the country, despite whatever reservations any of the political parties of the time had over any of those registers. The people of Ghana registered in peace and tranquillity, and voted accordingly,” he said.

President Akufo-Addo said former President Mahama’s inconsistency was a matter for him and his conscience.

December general elections result must be acceptable to all - Pres 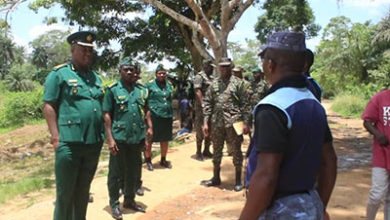