You now know that you create your own states and youhave the ability to access any of these states at will. Butdo you have to go through the process of shifting yourphysiology and your internal representation every time you need to getinto a particular state?

Is there a way you can bring about any state in an instant? Theanswer is yes, and the process is called anchoring. An anchor isa stimulus that immediately fires off a state in you. A stimulus isanything you see, hear or feel.

Whenever you are in an intense associated state and ananchor is applied repeatedly, the state will be neurologicallylinked to the anchor. When this happens, all you have to do isto apply the same anchor and you will immediately experiencethe same state.

Anchoring was first discovered by Ivan Pavlov, a Russianpsychologist who called it ‘classical conditioning’. In hisexperiment, Pavlov got a bunch of dogs into an intense state ofhunger by putting food in front of them. The dogs would salivateferociously. At this time, he would ring a bell, over and overagain. After a while the sound of the bell (the anchor) becameneurologically linked to the state of hunger. Then Pavlovdecided to ring the bell but didnot put any food out. Themoment the bell rang, the dogs showed hunger pangs and begansalivating.

Well, the process of anchoring doesnot just happen toanimals. As human beings, we get anchored to different statesall the time. Some of these anchors put us into resourceful states.

Unfortunately most of them limit us by putting us into terriblestates. What are some of the states that your brain is anchoredto right now? There are basically three kinds of anchors: visualanchors, auditory anchors and kinesthetic anchors.

What are some of the visual anchors that people have? Is therea person’s face you see that immediately makes you feel lousy?Like a nasty boss or an ex-girlfriend? Is there someone else who,the minute you see him or her, puts you in a great state? You feeluplifted.

Then there are some people who start feeling sleepy themoment they flip open the pages of a thick book. It’s the sight ofthe thick, heavy tome which they associate with boredom andsleepiness.

And are you one of those who instantly feel butterflies inyour stomach when you step in front of an audience? Or get apanic attack when you approach the examination hall as astudent?

Then there are others who are affected by particular times ofthe day or night. Certain times, associated with bedtime or naps,have become anchors for such people. Catching a glimpse of theclock, seeing that it’s already 11pm or 12 midnight (their usualbedtime) can put them into a sleepy state. We have to becomeaware of which stimuli or anchors fire off lousy states in us andas a consequence make us perform poorly.

Another form of anchor/stimuli we experience is auditoryanchors. Auditory anchors are sounds that are neurologicallylinked to a particular state. A good example is the sound of asiren. Hearing it fires off a state of ‘fear’ in some people.

How about people’s voices? Are there some voices that makeyou feel irritated instantly?  These could be whining orgrating, abrasive and loud voices.

Is there a person’s voice that immediately makes you feelloved and happy? All these are auditory anchors that have beenconditioned from past emotional experiences, good and bad.

Top sports athletes always have some kind of power move orconsistent ritual they do in order to get themselves into a peakstate. Michael Jordan sticks out his tongue, Tiger Woods pumpshis fist and other athletes slap their hands together. In the past,every time they were in a power state, they kept making thatmove until the action became anchored to that state.

You too can install kinesthetic anchors that you can fire offanytime you need to get into a powerful state – like before youmake a presentation, make a sales pitch, stand in front of anaudience, make a cold call or get started on a tough project.

People in the uniformed services when they put on the uniform literally changes theyfeel.

Frequently, it is noticed that when people put on their uniform,especially if they are of a commander rank, their physiologychanges. They stand straighter, breathe differently and changetheir facial muscles.

All this happens at a subconscious level. It instantly makesthat person feel more confident and more authoritative. If youthink about it, it is just a piece of clothing. But throughassociating that uniform and its rank with power, that piece ofclothing has become a powerful anchor!

HOW ANCHORING AFFECTS OUR LIVES

Have you ever wondered why Nike pays sports stars millions ofdollars just to wear clothes with that famous swish logo? They doit because they understand the power of anchoring. In 2003,Nike signed a US$100 million 5-year endorsement deal for TigerWoods to wear that Nike cap and apparel. They knew that when people saw Tiger Woods and felt thatintense state of motivation and inspiration, they would see theNike swish. When people watched Jordan and felt incredible,they would see that Nike Swish. Sure enough, seeing the swishgave people all the great feelings. The states of power,motivation and confidence were anchored to the visual swishlogo.

That anchor gets people to pay hundreds of dollars for thoseJordan shoes and Nike golf cap and T-shirts. Why? Somehowwhen they wear it, they feel great!

By using the power of anchoring their logo and products tothe great feelings generated by sports stars, Nike has become thelargest and most successful sports apparel company in the world.

If advertisers spend millions of dollars to constantly anchorpowerful states in us to their brands, it is time you tookcontrol and started creating powerful anchors for yourself.

By the way, do you know how people fall deeply in love withsomeone? They get fantastic feelings of love anchored to thatperson’s face and voice. As they go out with that person andhave a good time, they feel all these great feelings when they seethat person’s face and hear that person’s voice until eventually itall gets anchored. So, every time you think of that person, youfeel wonderful.

Do you know why people often fall out of love after a while?It is because the positive anchors eventually collapse and getreplaced with negative anchors.

Over time, just thinking of that person brings up all thosenegative feelings. This is why many people, once so in love,reach a stage when they cannot see each other without gettingupset and fighting. As a result, they eventually fall out of loveand break up.

So you must understand the power of anchoring for tworeasons. The first is to install powerful anchors so that you canaccess resourceful states any time you need to perform at yourpeak. The second is to understand how negative anchors canlimit you. This way, you can collapse them and stop them fromcontrolling you.

ANCHORING: KEYBOARD TO YOUR EMOTIONS

NANA ADDO’S 1D1F; THE ROLE OF A MAINTENANCE & RELIABILITY PROGRAM 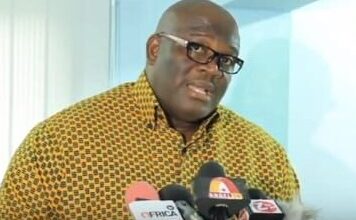