One hundred years ago or even later, a black man could be picked up by a group of white men in some states in the United States, accused on the spot with any crime that the white mob thought appropriate, and hanged to death on the nearest tree. The accusation often bordered on black men’s alleged attitude to white women: the black man would be said to have “leered” at a whiteman’s wife or daughter. And he would be slaughtered for that, even though the allegation might be false.

This act of group murder was often masked under a coded term – lynching. It has been inflicted on 4,000 black men (according to the The New York Times.) One of the latest instances of it occurred against a black youngster called Emmett Till as recently (relatively speaking) as 1955.

Therefore, when a white police officer knelt on the neck of a black man called George Floyd in Minneapolis, Minnesota on 27 May 2020 and choked him for almost nine minutes till he died, few black people were surprised. Their lack of surprise can be understood if it is considered that three other policemen stood by unconcerned, whilst the murderer went about his business. “Hey, he’s killing a black man. So what’s the big deal?” their attitude suggested.

The statistics of blacks murdered by [usually] white police officers are, in fact, quite staggering.

Between 2013 and 2019, police in the United States killed 7,666 people, according to data compiled by Mapping Police Violence, a research and advocacy group. Despite constituting only 13 percent of the US population, black Americans are two-and-a-half times as likely as white Americans to be killed by the police.

Even where video evidence points clearly to the murder of a black man by a white policeman, the state’s legal department that charges criminals often prefers lesser charges against the policemen than the crime merits. For instance, when the white police officer choked George Floyd to death, the officers involved were initially only dismissed from the Minnesota police department. It was only after there had been a monster outcry in the media, after a video of the incident went viral, that the officer who actually choked Floyd to death was charge. And guess what? He was only charged with “third degree murder”.

Now, third-degree murder in Minnesota involves “killing another person without premeditation and intent, through inherently dangerous acts, and with no regard for human life. “Inherently dangerous acts” may be direct or indirect. The charge of third-degree murder encompasses unintentional murders, “depraved mind” murders and certain drug-related deaths, including drug-induced homicide.

But malice can be involved in third-degree murder charges in Minnesota. If an individual intends to “harm” another person, but not kill that person, but the person dies anyway, charges of third-degree murder may be filed. You see how there is so much discretion involved: the state attorney can usually say that’s his interpretation of the law, and if his bosses agree with him, that’s the charge that will be laid before the court. Added to the fact that most judges in the US are elected and are therefore sensitive to the prejudices that affect their societies in general, plus the fact that a [usually] middle-class jury will consider the police as heroes who keep criminals off the streets, punishment for the police hardly ever meets the crime they have committed.

In the current case, “a person convicted of murder in the third degree may be sentenced to imprisonment for not more than 25 years and a payment of a fine of not more than $40,000.”

That’s what a black man’s life is worth in states like Minnesota.

As you may have seen on the television news, thousands of Americans, both black and white, do not accept this injustice that is blatantly applied to black men in a country whose constitution says that “All men are created equal.” A movement called “Black Lives Matter” is at the forefront of the political action that’s spreading throughout all the states to change matters.

Certainly, the USA deserves better than be presented to the world though such horror events. Remember this is the country that voted for Barack Obama, a black person, to become the President of an overwhelmingly white country. Okay, it seems to have reversed itself by also electing Donald Trump to succeed Obama!

But the Obama incident does point to the fact that that country can definitely change for the better. You might have noticed that many of the participants in the demonstrations that have greeted the murder of George Floyd are white. Whilst the presence in those demos of white racist elements cannot be dismissed, it must be accepted that there are white people in American who are so enlightened that they appreciate that injustice against blacks is injustice against everyone and that the American constitution must be allowed to work without it being undermined by racists.

Certainly, not by racist policemen whose salaries are paid by the very people that they slaughter like chickens. 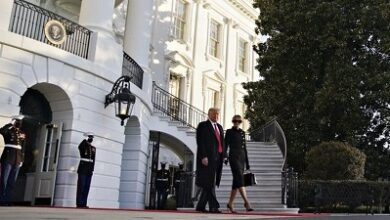