AN ultra-modern six-unit classroom block built for the R.C. Basic School at Alavanyo-Kpeme in the Hohoe Municipality was inaugurated on Saturday.

The block which also has an office and a library, replaces the old and dilapidated structure which was put up in 1824.

This was realised through the efforts of Mamaga Akosua I, Paramount Queen of Sasadu, with support from donors in Germany and the German Embassy in Accra.

The cost of the project was not disclosed.

Speaking prior to the inauguration, Mamaga Akosua renewed her call on communities to take bold steps to help themselves with basic amenities, rather than relying on the government all the time for vital facilities to improve their lot.

She pointed out that development projects realised through self-help were better taken care of by the people, and were also more responsive to the direct needs of the communities.

Mamaga Akosua, who is also the Ngoryinyonufia of the Alavanyo, said that the new building which is christened Niklas and Basti R.C. Basic School was a cherished dream come through and great cause for joy at Alavanyo-Kpeme.

“This is enough evidence of what we can do together and it is now for all of us to preserve it and make the best use of it,” she added.

Mamaga Akosua insisted that more women should be given active roles in development activities in the communities.

The Muncipal Chief Executive (MCE) of Hohoe, Mr Teddy Ofori paid glowing tribute to Mamaga Akosua for her continuous support to the cause of development, not only at Alavanyo but also the rest of Sasadu.

He said that the inauguration of the new school block was most suitable, as it came at a time “when we want every child at the age of four to be in school.”

The MCE commended the contractors of the building, HAB Amenyo Construction for executing the project in a highly professional manner.

Mamaga Ametor II, Paramount Queen of Alavanyo who chaired the function entreated teachers and pupils of the school to put in their best in the classroom to justify the provision of the facility. 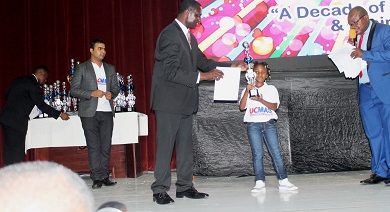 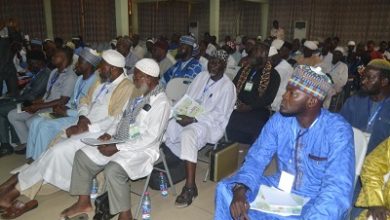 ‘Muslim must embrace secular education as catalyst for devt’ 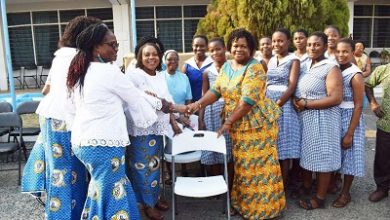