The King of the Queens Reggae-Dancehall artiste, AK Songstress yesterday dropped the much anticipated visuals of her “Stamina” song which earned her two nominations in the Ghana Music Awards.

The song was produced by Riddim Boss to talk about the needs of women and the reasons men should satisfy the desires.

Speaking exclusively to Ak Songstress in an interview on Friday in Accra, she explained that the dancehall song formed part of her Extended Play (EP) album which was released last year.

She stated that the EP album which is titled “King of the Queens” contained four explicit reggae/dancehall songs that projected the genre and maintained her name as a reggae-dancehall artiste.

The songstress noted that most musicians in the industry were doing afro beat, adding that reggae/dancehall was important to be mixed with the genres to spice it.

She observed that the genre entertains, educates and teaches, thus advised musical players to give special attention to the genre to treat music lovers with varieties.

Ak stressed that most radio stations hardly played reggae/dancehall songs like other countries and urged them to give more air time to such music.

Born Akosua Kwakye, she started her reggae/dancehall EP tour last year and as at now she has had four editions which were greeted with massive turnout.

“The crowd went crazy and could not contain me when I began singing reggae/ dancehall songs. Give the public the opportunity to listen to my tracks and I will change the perception very fast,” she added.

She maintained that she was the foundation of female reggae-dancehall of the country and expressed the need for her to win the awards, saying in Jamaica women rule in such genre. 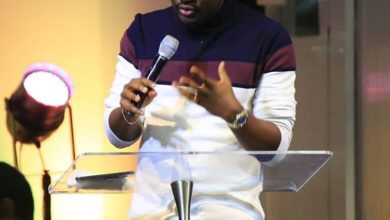