The Oti Regional Minister, Nana Kwesi Owusu Yeboa, has assured chiefs and community members of Ahamansu Traditional Area that government will address alleged land encroachment by some Togolese in the community.

He said he would notify government on the situation so that the leadership of the two countries look for an amicable solution.

Nana Yeboa stated this when a delegation of chiefs from Ahamansu, led by Nana Kwaku Osei, the Krontehene and Regent of Ahamansu, paid a courtesy call on him at his residence.

He stated that the development of the infant region would depend largely on the support and cooperation of the traditional leaders, and called for their inputs in the decision-making process.

Nana Yeboa appealed for peaceful co-existence among the various ethnic groups in the region to enable the Regional Coordinating Council (RCC) and the various assemblies plan and carry out the numerous developmental needs of the region.

On his part, Nana Kwaku Osei, the Krontehene and Regent of Ahamansu, thanked the government for creating the Oti Region as well as choosing a seasoned personality as the first minister.

He pleaded with the government, to as a matter of urgency, renovate the Ahamansu Police Station saying “it has not seen any facelift since its establishment in 1960.”

The Ahamansu Chiefs also promised the availability of large arable and litigation-free land for the RCC or any investor for Agro-business or relevant developmental project.

Alhadji Arimiyao Issah, Chairman of Oti Regional Council of Muslim Chiefs, praised President Nana Addo Dankwa Akufo-Addo for his courage in creating the Oti Region and pledged the support of Muslims to his government.

UER districts to be enrolled on RFJ initiative 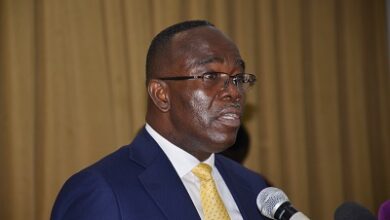 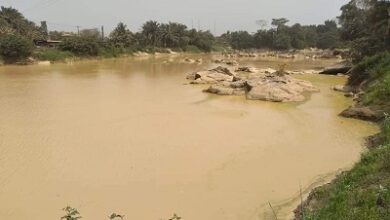 Environmentalist calls for fresh approach to deal with ‘galamsey’