A tension-pack atmosphere is expected at the Nana Agyemang Badu I Park in Dormaa Ahenkro today as Aduana Stars vow to apply the brakes on Kumasi Asante Kotoko’s progression in the on-going Normalisation Committee Special Cup competition.

Aduana Stars have set their sight on thwarting Kotoko’s progression from the Premier A zone into the next stage of the competition with victory that will all but see the Asanteman lads miss out on qualification.

The already charged atmosphere in and around the Dormaa vicinity has been further heightened by news of military presence during the game, which is being initiated by the Normalisation Committee (NC) to forestall any eventuality due to the rising tension the game has generated this past few days.

Aduana Stars who are fourth on the log with 16 points had their hopes of making it to the next stage dashed over the weekend when they were held to a pulsating 0-0 drawn game away at Nkoranza Children’s Park by Techiman Eleven Wonders.

Heavily tipped to make it to the next round of the competition alongside Asante Kotoko before the start, Aduana now holds the key to Kotoko progression in the tournament.

Victory for Aduana this afternoon will be very injurious to Kotoko’s chances as it would afford Obuasi AsahantiGold and Tarkwa based Medeama SC the chance to topple the Reds who lead the log on 21 points with AshantGold and Medeama following with 20 and 19 points respectively.

As it stands, C.K Akonnor’s men need nothing short of a victory or a point from the game to progress.

Former Kotoko striker Yahaya Mohammed has served notice of putting the spoke in the wheels of the Asanteman train.

He said they are ready to keep Kotoko at bay and extend their goal drought at the Dormaa Park.

“They are yet to score a goal against us at Dormaa; I do not believe they have the chance to rewrite history today by scoring, let alone winning.”

According to him, Aduana hoped to return to Africa this year but having lost that opportunity, they would beat Kotoko to apiece for the Africa disappointment.

On the part of Kotoko, the return of Burkina Faso import Songne Yacouba to the side to partner Abdul Fatawu Safiu upfront would be key in the game today.

The duo were on the score sheet at the weekend when they defeated Medeama 2-0 at home and coach Akonnor and the supporters will again bang their hopes on them to see them through.

Coach Akonnor has told his players that this game would be their biggest test so far in the competition and they would have to be at their best to gain qualification.

At the Nkoranza Children’s Park in Techiman, AshantiGold would have their destiny in their hands when they take on Techiman Eleven Wonders.

A victory should all but qualify them to the next stage while a defeat or a draw would mean they count on Medeama to fall.

Like Ashgold, Medeama SC has their work cut out for them as they play Berekum Chelsea at the Tarkwa T&A Park.

Nothing short of a win would help their progression into the next stage.

Dreams would be looking to exact revenge on the Phobians who defeated them 1-0 in the first round tie at the Accra Sports Stadium.

The battle for who joins Hearts of Oak to the next stage would be fought between second placed team on 24 points Karela United and Dansoman based Liberty Professionals who are third on 22 points.

Liberty Professionals will welcome WAFA to the Dansoman Carl Reindorf Park hoping to pick all three points which will earn them qualification should Karela United who engage Cape Coast Ebusua Dwarfs at the 7000-capacity Crosby Awuah Memorial Park in Aiyinase drop points. 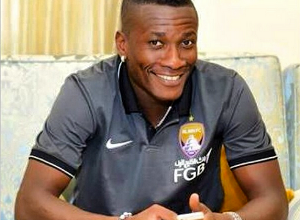 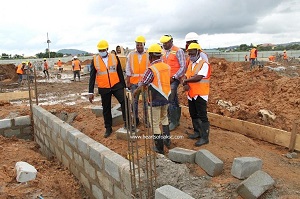 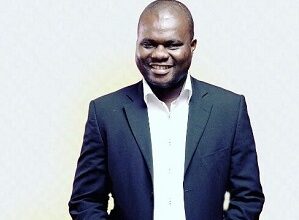 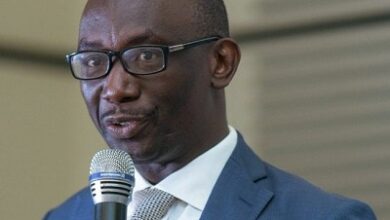