THE Krokohwe town in the Ga West Municipal of the Greater Accra Region, has become a ghost town following the arrest of 27 people, believed to be part of a group that assaulted a policeman, last Sunday. The area had been deserted by the male adults, and only a few women, children and old women were left with their domestic animals.

Most of the doors to houses were under lock and keys when the national operation team of the Ghana Police Service which includes personnel from the Counter Terrorism Unit of the Criminal Investigation Department, Special Weapon and Tactics (SWAT) visited the area, yesterday.

The team which was led by Chief Superintendent(Chief Supt) Theodore Hlormenu Com- manding Officer of the National SWAT were there as part of opera- tional measures to build confidence between the police and the people of near Amasaman and its environs.

The Director of the Police Public Affairs, Assistant Commissioner of Police (ACP) David Senanu Eklu, briefing journalists, said the community-based patrol followed an attack on Sergeant Abdul Hamid Yakubu Mahama of the National SWAT. He said the policeman, who had gone to Kokohwe with some civilians to inspect land they had acquired were attacked.

ACP Eklu said the policeman, who sustained wounds, were currently responding to treatment at the hospital. He said two persons identified as Kojo Badu and Kojo Danfolo, who led the assault were being haunted by the police. ACP Eklu said 27 people were arrested in connection with the assault of the policeman, and that two of the suspects were on bail and the rest would be arraigned before the court on Thursday.

ACP Eklu cautioned the public to desist from unwarranted attacks on police personnel, but he assured the public that the police would work with people to ensure that the communities were safe.

He said the community engagement would be replicated in other communities to promote the relationship. Chief Supt Hlormenu called on the public to provide reliable information to police, to assist in curbing crimes. 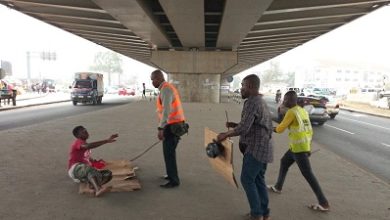