A leadership dispute between two factions at the Kumasi Abattoir has led to a bloody clash leaving 12 people seriously injured, and the destruction of property running into hundreds of Ghana Cedis.

The clash between the two factions (Hausa and Dagomba), was over who to become the next chief butcher, after the demise of the substantive chief butcher.

Tuesday’s clash saw the two factions attack each other amid pelting stones and other dangerous missiles.

The groups were said to have ignored an instruction from the Ashanti Regional Coordinating Council Security committee (REGSEC) that no one should hold himself as a chief butcher as  a committee has been set up to look into the issue.

The Ashanti Regional Police Command’s Public Affairs Unit’s head, Assistant Superintendent of Police (ASP) Godwin Ahyiano, confirmed the incident to the Ghanaian Times here,  saying 16 suspects, eight from each group, have been arrested by the police.

According to the police both leaders Alhaji Muntari Baturi from the Hausa faction and Alhaji Wahab from the Dagomba group, who were contesting the position of chief butcher, have also been arrested.

All the suspects have been granted police enquiry bail, according to the police, but have been charged for disturbing public peace at a public place.

Butchers and traders at the facility, run for their dear lives amidst heavy presence of security.

The Ghanaian Times gathered that, the clash was as a result of the failure of the Dagomba faction to accept Alhaji Muntari Baturi, the newly appointed chief butcher, who happened to be from the Hausa ethnic group, after the death of the old chief butcher, Alhaji Bawa, also from the same ethnicity, three months ago.

According to the Dagombas, the new chief butcher should rather be from their group.

On Tuesday at about 10:00am, Alhaji Baturi, claiming to be the chief butcher was said to have gone round to greet the people at the facility so that he could assume office.

But this did not go down well with the Dagomba faction resulting in the two groups clashing. 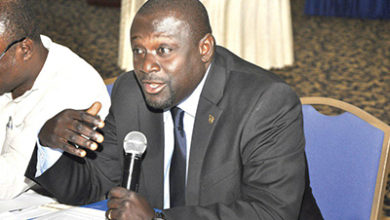