The Northern  Regional Police Command, have apprehended  two people for attempting to traffic 12 children out of the region.

The Regional Police Crime Officer, Superintendent B Baba Ananga, who disclosed this to the Ghanaian Times in an interview, yesterday, in Tamale, said that the arrest of the two suspects was upon intelligence gathered from market women at the Tamale lorry station.

He identified the suspects as Kwaku Manu, 45, and Nkabeye Joshua, 24, all citizens of Zabzugu, and said the children between 9 and 20 years, were believed to be from the area.

Sup Anaga stated that investigations revealed the children were being trafficked to Kumasi to be engaged in all forms of child labour.

He said a Good Samaritan, who saw the victims, alighted from a bus together with the suspects at a stopover in Tamale to take dinner before continuing their journey to Kumasi, suspected that they were being trafficked and alerted a policeman.

According to Supt Ananga the policeman confronted the suspects over the victims, and immediately called for more personnel from the regional police command leading to the arrest of the suspects.

He said they have been detained while the victims were currently being housed at the Regional Police Guest House in Tamale.

Sup Ananga stated that efforts were being made to trace the relatives of victims to assist in investigations, and commanded the market women for cooperating with the police to prevent crime. 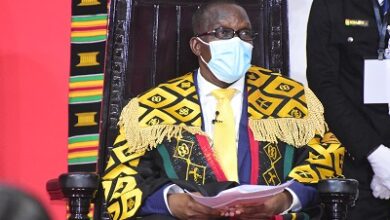