The Narcotics Control Commission (NACOC) in conjunction with the Bureau of National Investigations (BNI) and the National Security Council Secretariat (NSCS) has intercepted 152 kilogrammes of cocaine at Tema in the Greater Accra Region.

A statement issued by NACOC said the cocaine was concealed in a shipment from Brazil.

The NACOC said a number of persons have been arrested and are assisting in investigations.

It said preliminary investigations have revealed the consignment was delivered to Tradepass Gh Limited.

The statement said that the consignment with bill of lading number MEDUST209567 was shipped from Brazil by Usina Santa Isabel S/A Fazenda Tres, a Brazilian company on behalf of Sucden Middle East, based in Dubai.

The shipment consists of 27,000 bags of Brazilian crystal white sugar, with a gross weight of 1,350mt.

NACOC said Global Cargo and Commodities Limited, Tema, was the consignee of the shipment.

The statement said the seizure was based on intelligence received that, a consignment of 50 containers of sugar destined for Ghana from Brazil is suspected to be narcotics.

It said that NACOC, BNI and NSCS mounted surveillance on the shipment until the narcotics substances were retrieved from the consignment on September 12, 2020.

After the interception, the statement said that the Customs Division of the Ghana Revenue Authority (GRA) commenced physical search on the bags of sugar on September 10 and on September 12, eight bags of sugar were identified to contain the suspected narcotics.

The statement said the narcotics were tested and the result proved positive for cocaine.

Following that, NACOC took custody of the exhibits and subsequently forwarded same to the Ghana Standard Authority for analytical examination and report which also confirmed the substances to be cocaine. 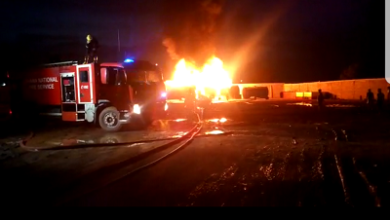 4 children burnt to death at Amasaman 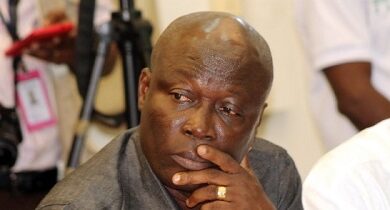