Former South African President Jacob Zuma will give further testimony to a corruption inquiry, withdrawing an earlier threat to pull out.

His lawyer, Muzi Sikhakhane, had said on Friday that Mr Zuma would “take no further part” in the proceedings.

But the judge overseeing the inquiry later said Mr Zuma had agreed to provide it with written statements.

The inquiry is investigating allegations that the ex-leader oversaw a web of corruption while in office.

The 77-year-old, who began testifying on Monday, was forced to resign as president in February 2018.

He was replaced by his then-deputy, Cyril Ramaphosa, who promised to tackle corruption in South Africa. Mr Ramaphosa described Mr Zuma’s nine years in office as “wasted”.

Mr Ramaphosa was also the subject of a high-level corruption scandal. The country’s corruption watchdog accused him of deliberately misleading parliament over an election campaign donation.

Mr Ramaphosa has denied any knowledge of the payment.

The lawyer, Mr Sikhakhane, told the inquiry commission in Johannesburg: “Our client from the beginning… has been treated as someone who was accused.”

He criticised the investigation, led by Judge Raymond Zondo, alleging that it was a “political process where the left hand doesn’t know what the right hand is doing”.

He also said Mr Zuma had been subjected to “relentless cross-examination”.

Mr Zuma had been due to give a final day of testimony on Friday but the inquiry was adjourned.

“I expected that he would co-operate,” Judge Zondo said following Mr Zuma’s withdrawal. “The first purpose was to give him an opportunity to tell his side of his story.”

But shortly after, the judge said Mr Zuma had agreed to provide written statements and then return to the inquiry at a later date.

The allegations against Mr Zuma focus on his relationship with the controversial Gupta family, which has been accused of influencing cabinet appointments and winning lucrative state tenders through corruption.

He has also been accused of taking bribes from the logistics firm Bosasa, which is run by the Watson family. All the parties deny allegations of wrongdoing.

The scandal is widely referred to as “state capture” – shorthand for a form of corruption in which businesses and politicians commandeer state assets to advance their own interests. –BBC

Moves to support children orphaned by HIV and AIDS laudable 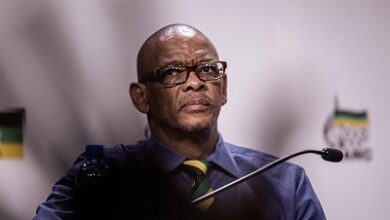 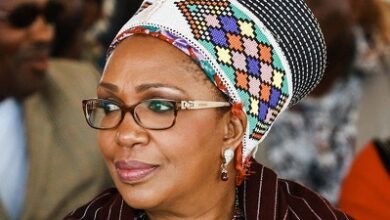 ‘Zulu queen was not poisoned by royal family’