The UN’s human rights commissioner has warned attacks on civilians and civilian infrastructure in Libya could amount to war crimes.

Michelle Bachelet said all parties to the conflict must make every effort to protect civilians.

Some 47 people, including civilians, have been killed over the past three days, says the World Health Organisation (WHO), as rebel forces seek to take the capital, Tripoli.

On Monday, an air strike closed the city’s only functioning airport.

Libya has been torn by violence, political instability and power struggles since long-time ruler Muammar Gaddafi was deposed and killed in 2011.

The human rights commissioner said that the people of Libya “have long been caught between numerous warring parties, with some of the most vulnerable suffering some of the gravest violations of their human rights”.

She said: “The attack near Mitiga airport [on Monday] that left many civilians in Tripoli stranded brought into stark focus the imperative for all parties to respect international humanitarian law, and to take all possible measures to protect civilians and civilian infrastructure, including schools, hospitals and prisons”.

As well as the 47 deaths, 181 people were said to have been injured in recent clashes, the WHO said.

That was a higher toll than numbers given by either side, and appeared to be mainly fighters, it said.

Nine of the dead were civilians, including two doctors who it said had been “providing critically needed services to civilians in Tripoli. One doctor was reportedly killed while working as part of a field ambulance service”.

At least 2,800 people have so far fled fighting around Tripoli, the UN says.

It also warns that those who remain risk being cut off from vital services because of the clashes.

Much of the international community, including the US, has called for a ceasefire.

The US military is among those to withdraw its supporting forces based in the country, blaming the “complex and unpredictable” situation and “increased unrest” on the ground

The UN is also due to pull out non-essential staff. –BBC

At least 22 civilians killed in rebel attack in eastern DRC 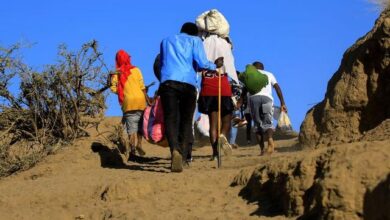