Mr Alan Kyerematen, the Minister of Trade and Industry, has urged investors to take advantage of the Continental Free Trade Agreement to invest in the various sectors of the economy.

He said with the African Continental Free Trade Area (AfCFTA) the continent would offer a potential big market of over 1.2 billion people, an emerging high middle class and a youthful population, adding that investors would stand to gain from their investments as they have a bigger market to explore.

Mr Kyerematen said this in a speech read on his behalf by the Director of Domestic Trade at the Ministry of Trade and Industry, Mr Ntim Donkor at the opening of the 6th International Trade Show on Agriculture, Food, Plastics, Printing and Packaging.

The Minister said the government was prioritising the agro-processing sector as part of efforts to transform the agricultural sector and to develop the country’s economy.

Mr Kyerematen said agro-processing was one of the fastest growing sectors and urged companies to invest.

He said the government’s flagship programmes such as the One District One Factory, Planting for Food and Jobs were aimed to boost the contribution of the sector to the economy.

The Turkish Ambassador to Ghana, Olem Gulsun Ergun Ulueren said Ghana and Turkey have had a long-standing relationship with Ghana among the top three trade partner countries.

She said that Turkey was the world’s 7th largest agricultural producer and accounts for about US$70.7 billion in several countries that they partner with.

She lauded flagship programmes such as the One District One Factory and urged government to do more to boost the agricultural sector.

The Head of Corporation at the German Embassy, Ms Dorothee Dinkelaker said that agriculture has been a focal point of co-operation between Ghana and Germany for many years.

Agro-processing, she said, was an important area with a major potential for economic growth, adding that agricultural production offers a huge opportunity for job creation along the value chain.

She said that Germany had the technology and expertise to enhance agricultural development in Ghana.

Mr Paul Marz, Managing Director at Fairtrade, organisers of the event said that the show was relevant due to West Africa’s growing market for agricultural technology, food and beverage technology imports and food trade.

He disclosed that West African imports of agricultural machinery reached EUR187 million in 2016.

Food and Beverage technology had an annual growth rate of 7.8 per cent between 2015 and 2018 and Food Trade Imports according to the World Trade Organisation (WTO) in 2017 reached USD 16.19 billion while exports reached USD 14.38 billion. Plastics Technology also grew to 22 per cent in 2019 with Ghana, Ivory Coast, Guinea, Senegal, Togo and Mali as major importers.

Dr Michael Blank from the delegation of German Industry and Commerce (AHK Ghana), co-organisers of the event said that the trade show was good for countries such as Ghana especially as the government plans to establish itself as a trade hub.

He said that Ghana’s stability would help to catch the attention of the needed investors. 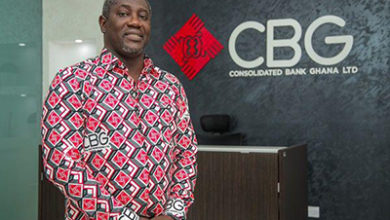