Parliament has endorsed the setting up of a seven-member ad-hoc committee to monitor Ghana’s progress on the implementation of the Sustainable Development Goals (SDGs).

Speaker of Parliament, Professor Aaron Mike Ocquaye, who directed the setting up of the committee, said the membership should be made up of MPs without leadership positions, to enable its members to have ample time to work and report to the House.

Minority Leader Haruna Iddrisu who set the proposal of the establishment of the oversight committee on the SDGs in a motion on the floor of Parliament yesterday, explained that, it would ensure greater action on the programmes.

He said there was the need for the 7th Parliament to constitute an ad-hoc committee to have an oversight and monitor the implementation of the programmes aimed at attaining the SDGs.

Mr Iddrisu said the setting up of a committee was also necessitated by the fact that member countries of the United Nations were enjoined to reduce the SDGs into respective national plans, and make adequate provision in annual budgets for their implementation.

“According to the Ghana Millennium Development Goals (MDG) 2015 Report, Ghana’s progress on the MDGs was mixed, showing that some targets such as halving extreme poverty, halving the proportion of people without access to safe drinking water, universal primary education and gender parity in primary school have been attained,” he said.

Mr Iddrisu said targets such as full and productive employment, equal share of women in non-agriculture wage employment, women’s involvement in governance among many others were missed.

Mr Iddrisu said such a committee work would include ensuring adequate budget provision and review of progress reports on the implementation of the goals.

He said the SDGs were people-centred, and since the MPs were the representatives of the people, “we must play a lead role in ensuring that government delivers on the SDGs for the benefit of the people and humanity in general.”

Prof. Oquaye after listening to contributions from members on both sides of the House, who overwhelmingly supported the proposal, then called for the establishment of an Ad-hoc Committee of Parliament made up of the seven members

He asked the committee to liaise with any ministries, departments and agencies in pursuit of their mandate and report back to the House with their work.

The Speaker said it was important for Parliament to complement efforts of government, so that the SDGs become actual realities, adding that in that case assessment factors to measure progress and make appropriate recommendations were very essential. 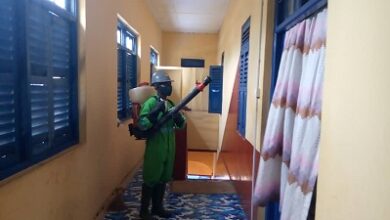 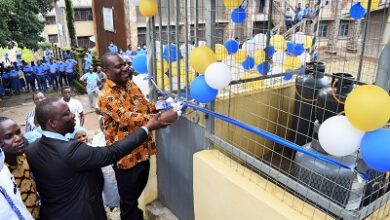