Health experts and researchers have concluded that poor sanitation practices pollute the environment and exact unwarranted toll on health, productivity and human life, hence the increasing global call for the maintenance of acceptable sanitation standards in all communities.

Although maintaining proper sanitation standards in any community is a function of several factors, the public participation dimension is one of the most critical.

Although efforts are being made to improve sanitation in most countries in the world, over two billion people of the world’s population, according to the World Health Organisation, still lack access to improved sanitation.

This calls for effective sanitation management approaches in every country, but more so in our parts of the world where the sanitation picture is worse and remains poorly resourced and understood, resulting in limited progress

Indeed, good sanitation is basic human rights yet it remains elusive to many and has become one of the country’s major public health challenges.

The initiative seeks to end the indiscriminate littering of waste within communities, households and businesses in all cities across the country.

Launching it, a Deputy Minister of Water and Sanitation, Michael Yaw Gyato said the absence of waste bins at vantage points and households within the communities promoted indiscriminate littering and expressed the hope that the intervention would address the situation and keep the environment clean.

“The absence of waste bins in various households and workplace was the major reason for indiscriminate littering in communities posing a threat to the lives of the citizenry in the country, hence embarking on the project a sure way to negate the situation.” he said

Dr Joseph Siaw Agyepong, President of ESPA, added that the project would complement the existing sanitation initiatives by Metropolitans, Municipals and District Assemblies and would create 1,000 direct and indirect jobs in Ghana.

The Ghanaian Times commends the three institutions for the initiative and urges the public to support them by patronising the bins.

By that, we would all be contributing to improving sanitation and reducing waterborne diseases, especially diarrhoea in children.

﻿Parliament to deal with recalcitrant MDAs 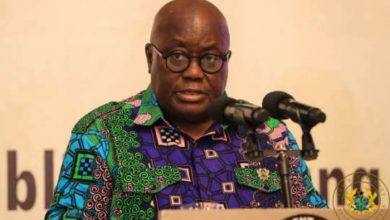 Let’s get tough at our land borders

We need to take action now to contain COVID-19