The Chief Executive Officer (CEO) of the Ghana Interbank Payment and Settlement Systems (GhIPSS) Archie Hesse has been adjudged the Man of the Year- Technology, at the fourth EMY awards held over the weekend.

The award was in recognition of his contribution to Ghana’s payment system industry.

The EMY Africa awards is an annual Father’s Day-related event that celebrates personalities who have contributed their quota to change, progress and continue to be symbols of stability and role models in the community.

Since 2016, EMY Africa has celebrated the best in men’s achievements across the local industry, community, culture and public service.

Mr Hesse joins the dozens of men and personalities from all ages and walks of life that have been honoured for their abilities, initiatives, and contributions to society.

Mr Hesse started at GhIPSS as General Manager in charge of Project and Business Development at its formative stages.

Commenting on the awards, Mr Hesse said he was humbled by the recognition given him.

He said he would continue work passionately to ensure the advancement of the country’s payment system.

He dedicated the awards to the staff of GhIPSS and institutions that partner it in the performance of its functions.

GhIPSS a wholly owned subsidiary of the Bank of Ghana, since 2007 has rolled out a number of electronic payment channels.

The channels include e-, electronic clearing of cheques, Automated Clearing House –Direct Credit and Direct Debit. The rest are -link Instant Pay with the latest being Mobile Money Interoperability. 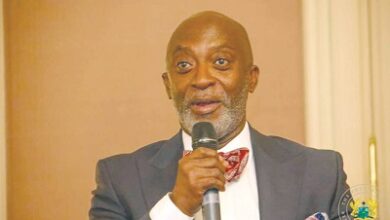