THE Akuapem Rural Bank in the Eastern Region recorded a 12 per cent increase in deposits from GH¢49 million in 2017, to GH¢54.9 million in 2018 despite several challenges confronting the country’s banking sector.

At the bank’s 38th annual general meeting at Mamfe in the region on Saturday, Mrs Owusu-Amoa attributed the feat to the high patronage of the bank’s services, particularly the Akusika (Susu) product.

“Interest income and interest expense respectively declined by 7.0 percent and 18.0 percent in 2018, partly as a result of the general decline in interest rates during the year and lower levels of loans and borrowings,” she stated

These feats, she said culminated into the bank being ranked the 10th among 143 Rural and Community Banks (RCBs)in the country by the Efficiency Monitoring Unit (EMU) of the ARB Apex Bank at the end of December 2018.

She therefore implored the customers of the bank to continue to do business with the bank as the management continued to introduce tailor-made products and services meant for all customers.

In his remarks, the Managing Director of the ARB Apex Bank, Mr Kojo Mattah, commended the directors and management of the bank on the modest Profit before Tax recorded and urged all stakeholders to sustain the gains.

He said despite recent challenges in the financial services sector, the positive results being posted by most RCBs coupled with the transparent management meant such banks had strong footing and advised them to refrain from transactions they were not familiar with.

Mr Mattah, however, said although the banking sector clean-up by the Central Bank led to a general reduction in customer confidence, it was picking up slightly and that it was only through innovative and customer-centric banks that would continue to return good investments or investor funds.

﻿W/shop on dealing with toxic industrial ﻿Chemicals underway in Accra 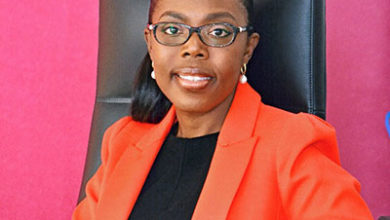