Attempts to end the second worst Ebola outbreak on record are being hampered by “political games” and distrust of outsiders in two towns in Democratic Republic of Congo, a senior World Health Organisation official said on Monday.

The epidemic has moved through northeastern Congo, killing 1,117 people since mid-2018. A rapid international response with an effective vaccine has managed to stop the spread in a string of towns, including Beni, Kyondo, Komanda, Tchomia, Mabalako, Mandima and Kayna, WHO emergencies chief Dr Mike Ryan said.

But in two towns, Butembo and Katwa, there has been persistent infection and reinfection, Dr Ryan he told an audience at Geneva’s Graduate Institute.

“They see (DRC capital) Kinshasa as being as far away as New York. Anyone from more than 5 miles down the road, or maybe sometimes 500 metres, is an outsider,” he said.

“They are very distrusting of outside influence. And certainly getting this community on board has been a challenge, and missteps have been made along the way in doing that.”

Dr Ryan added that there were “myriad” Mai-Mai militia groups, with at least 21 around Butembo and Katwa alone, some leaning towards criminal activity and many being manipulated by political causes.

“There is a lot of political gaming going on in this part of the world – government and opposition and others – and this needs to stop,” Dr Ryan said.

Community engagement strategy involved health workers visiting a village in advance of vaccination, but by the time they went back the next morning or afternoon, youth groups or others were often there to intercept them.

“It’s not the family who are rejecting, it’s other elements in the community who have been organised to respond to the ‘outsiders’, be they government or NGOs or others, and that has caused a lot of flashpoints with the teams.”

Dr Ryan said the problem was totally different from attacks on health facilities by armed insurgents, who had used “heavy arms fire, rocket-propelled grenades, and other stuff”, which he said had horrified local inhabitants.

To try to improve access for health workers, there had been discussions with Congo’s president and opposition leaders, as well as the bishop of Butembo, imams and tribal chiefs who wield political influence. But a truly “all society approach” was needed, “or this situation will get even worse”, Dr Ryan said. –Reuters 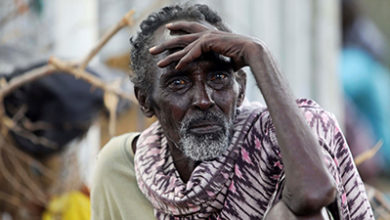