Tony Dogbe, a social development facilitator, has cautioned that the election of Metropolitan Municipal and District Chief Executives (MMDCEs) on partisan basis will result in chaotic political system resulting in abuse of power at the local level, just as it happens at the national level and also deepen corruption at the assemblies.


However, Dr Nana Arthur, the Head of Local Government Service, debunked the claim electing MMDCEs will divide the country thereby create a chaotic system and corruption at assemblies but rather strengthen local governance and hasten growth and development.

He called for concerted efforts and intensified campaign to achieve a convincing ‘YES’ vote in the upcoming referendum on December 17, 2019.

According to Mr Dogbe “We must vote ‘NO’ and tell the president and his appointees to review the 1992 Constitution to bring in checks and balances before we feel comfortable to allow political parties operate at the level, if not, we are adding more fuel to fire.”

“It is to strengthen grassroots democracy and good governance, New Patriotic Party and National Democratic Congress members are part of assemblies and form parliament I don’t think it is going to divide the nation, referendum is to pave the way for election of MMDCEs and also allow for political participation at local level elections.

“Appointed MMDCEs are often insecure because they may be sacked at any time by the president who appoints them hence focus their work on pleasing him however, when they are elected, the situation will change, they will derive powers from communities, forced to ensure development needs are met,” Dr Arthur assured. -citinewsroom.com 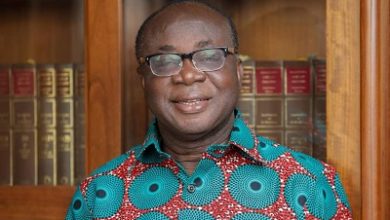