Mr Carlos Ahenkorah, Deputy Minister of Trade and Industry has opened the fourth Volta Trade Investment and Cultural Fair in Ho with a call on Ghanaians to patronise locally produced goods.

He said patronising locally made products would help grow the economy and noted that fairs centred on local commodities contributed “enormously” to their availability and promotion.

The Minister commended the organisers of the fair, saying it was the “best approach to decentralising investment promotion activities with the regional coordinating councils in the lead”.

“Made in Ghana fairs have come to play an integral part of the implementation of the made in Ghana policy. It has been developed to promote the production, marketing, and distribution and consumption of locally made products in both local and external markets particularly in the West African sub regions. “After all nobody can tell your story better than yourself”, he stated.

Mr Ahenkorah said the government remained committed to providing opportunities for small to medium scale industries (SMEs), and was introducing business regulatory reforms, and standard rules that would help them grow.

“Government is in the process of enacting legislation that would ensure that local participation and contracts that are awarded to foreigners are significant and focus on healthy partnerships that can benefit local industries,” he said.

Mr Ahenkorah said the government also considered both soft and hard infrastructure key to the development of local production, and would undertake key transportation projects in the Volta Region. The Minister also revealed that the Region would receive six factories under the One District One Factory initiative.

He said two others already in existence would be supported to meet the market demand, and propel the growth of the largely agro based economy of the Region.

Dr Letsa said industry remained the heartbeat of the private sector and commended the Association of Ghana Industries (AGI) for its vision of transforming the Region into a production and export region. He said a highly skilled labour market was a major attraction to investors, and that the teeming youth must acquire skills to help realise the economic potentials of the Region.

Mr Dela Gadzanku, Eastern/Volta Regional Chairman of the AGI said the fair opened a “vast ocean” of business opportunities, which would enhance the regional economy.

He noted however that macroeconomic stability and a well strategized fiscal policy remained a prerequisite to industrial growth, and called on Government to restructure the current tax regime to favour local SMEs.

“Local businesses cry out for a deep commitment from Government in order to chart a competitive path for companies to thrive. This requires a reengineering of the current tax regime which presents major constraints to industrial growth and stability”, he said.

Mr Gadzanku said the current 50 per cent reduction in benchmark value must be “seriously reviewed” as it rendered local industries uncompetitive, and also appealed for constraints to be placed on the importation of commodities, which could be locally produced. He called for Government’s support for local rice producers, particularly those in the Volta Region, saying the region had the potential to become the rice basket of the West African sub region.

﻿Cabinet increases funding for scientific research to 1% of GDP 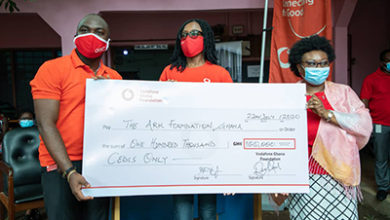