Liverpool defender Virgil van Dijk has been confirmed as the PFA Player of the Year at a glitzy awards ceremony in central London.

Vivianne Miedema won the Women’s Player of the Year award after scoring 22 times to lead Arsenal to their first title since 2012.

Van Dijk becomes the first defender to win the award since John Terry was crowned the winner at the end of the 2004/05 season as Chelsea secured their first Premier League title.

Sadio Mane, Raheem Sterling, Sergio Aguero, Bernardo Silva and Eden Hazard were all named on a six-man shortlist, but it is Van Dijk who has claimed the prestigious prize – 16 months on from becoming the world’s most expensive defender. Sterling, who has scored 17 Premier League goals this season, scooped the PFA Young Player of the Year award.

Van Dijk, who joined Liverpool from Southampton for £75million in January 2018, has enjoyed a stellar season at the heart of the Reds’ defence, helping to keep 20 clean sheets as Jurgen Klopp’s side battle it out with Manchester City for the Premier League title.

Van Dijk’s success means the trophy remains at Anfield after Mohamed Salah received the individual gong for his brilliant first season with Liverpool – and the Egyptian was among the first to congratulate his team-mate. 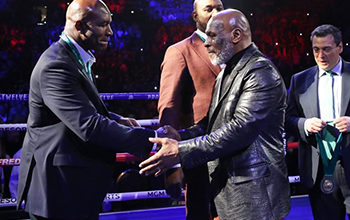 Tyson: Holyfield trilogy will be awesome for charity 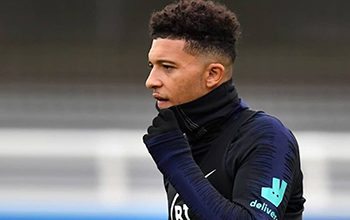