In 2001, futurist Marc Prensky coined the terms ‘DigitalNatives’ and ‘Digital Immigrants’ to distinguish between those who grew up in the digital age, using technology as part of their daily routines, and the older generation of teachers who have to adapt to the way in which these students function.Digital natives are born into the technology of now and grew up integrating it into all facets of their lives.

A digital native is a young person who was born during or after the introduction of digital technology, and who’ve been interacting with digital technology from an early age, and has a better understanding of its concepts.  It is used to refer to people born in the latter 1970s or later, since the Digital Age is said to began at that time. Generally, the term focuses on people who grew up with 21st century modern technology.

Other popular discourse identifies a digital natives as a person who understands the value of digital technology and uses this to seek out opportunities for implementing it with a view to make an impact.

According to Prensky, digital natives are excited with Web 2:0 based technologies. If you want to reach out to this younger, tech-savvy group, you need to be sending out your message through channels where it will get to them e.g. blogs, social networks, discussion groups, SMS, etc.
Prensky maintains that most tools we use now were developed by digital natives; usually to meet a personal need or just for fun.

A digital immigrant is an individual who was born before the existence of digital technology and adopted it to some extent later in their life.Digital immigrants are forced to learn how to use these tools later in life as a result of professional needs or personal interest.

Those in the late 30s and over are regarded as digital immigrants, while anyone younger could be a digital native. Concepts such as the Net Generation, Generation Y, and Generation C have been used by other writers to refer to the digital natives.

The analogy of the digital native was also used by Josh Spear and Aaron Dignan who talked about people who were “born digital”, first appearing in a series of presentations given by Josh Spear in 2007.

Prensky views education as the single largest problem facing the digital world as Digital Immigrant instructors, who speak an outdated language (that of the pre-digital age), are struggling to teach a population that speaks an entirely new language. According to him, Immigrants suffer complications in teaching natives how to understand an environment which is “native” to them and foreign to Immigrants. Prensky argues that the gap between Digital Natives and Digital Immigrants is the fundamental cause of the alleged “decline of education,” and he contends that our current educational system has not been designed to serve today’s students.

The solution Prensky proposes is for today’s teachers to learn the language of the Natives, to speed up instruction, and to provide “random access”. He continues to argue for a new way of looking at educational content. A category that he calls “legacy content” consists of traditional subjects such as reading, writing, and logical thinking. He introduces another category “future content” to include “digital and technological,” and mentions courses such as “software, hardware, robotics, nanotechnology, genomics,  and others.

His own preference to this problem is to invent computer games to teach digital natives the lessons they need to learn, no matter how serious. He mentions the use of edutainment as a way of teaching Digital Natives. He believes that virtually all content can be taught in this way.

A number of writers have written a critique against Prensky’s dichotomy of “natives” vs. “immigrants”. Prensky’s model considers all youths are digital natives and the older generation as immigrants. This division is primarily based on cultural differences and not on age. Jenkins, who has written an extensive critic of Prensky’s article points to how the dichotomy creates a rather artificial disparity between the youth who seem to master today’s technology and adults who seem to be out of touch with today’s technology. He argues that it is wrong to place all modern age youths in one particular category.

According to Nishant Shah, “It is necessary to promote research that grasps that not all Digital Natives are equal. Each context will have certain norms by which digital nativity is understood and experienced. Dismantling the universal Digital Native and considering contextualised Digital Native identities might also help us move away from speaking of the Digital Native as a necessarily elite power-user of technology and understand the identity as a point of departure from earlier technology-mediated identities within those contexts.”

He also suggests that one way of understanding digital natives is to look at how they use digital technologies to engage with their immediate environments and initiate processes of social and personal change.

Dr. OferZur and AzziaZur note that, not all digital immigrants are technologically inept, as they fall into a number of categories; They classify them into Avoiders (those with a minimal amount of technology involved in their lives and households);, Reluctant Adopters (those who often see ways that technology might be needed in their lives, but they try to avoid it when possible);  and Eager Adopters (those with enthusiasm or a talent for technology that makes them very similar to Digital Natives). Similarly, not all digital natives are comfortable with technology.

Other criques argue that the term digital immigrant overlooks the fact that many people born before the digital age were the inventors, designers, developers and first users of digital technology and in this sense could be regarded as the original ‘natives’. Also, research shows that age is not a determining factor in peoples’ digital lives; rather their familiarity and experience using ICTs is more relevant.

There is less empirical evidence to support this analogy in Africa.  While technology usage has improved substantially in most schools in Africa, there is still a major access gap. Personal computer usage is still low. Internet connectivity is still limited to the major cities. Thus, the majority of people who live in rural communities have very limited access to the Internet. Besides, connectivity charges tend to be higher in Africa than in the West. ICT infrastructure in still being developed. Without adequate ICT infrastructure to move information rapidly, developing a group of digital natives will be problematic.

The fact remains that today’s youth (the Net Generation) rely on digital media for most of their communication. To address their learning needs, it is important to devise learning activities that align with their learning styles and expectations.

COVID-19 AND HEPATITIS B VIRUS INFECTION 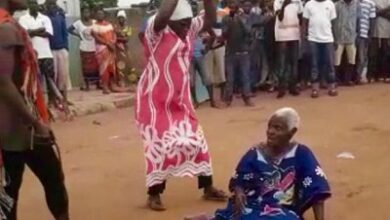