Every musician has a unique selling point or brand which they mostly express through their glossary term to announce their presence on stage or in music.

Among some of the terms used are huh! obede pon bede! abade mpo! Eazzy babe! patupa-skelenkele! odado! na awo ersi! under fire!, special delivery! among  others.

People from all walks of life react differently to such glossary terms with different meanings and opinions.

An artiste whose jargon has garnered lots of controversies in the showbiz world is the Takoradi-based rap artiste, Pappy Kojo.

People mostly regarded his brand phrase ‘Yi wo dross,’  ‘siw’ and ‘too raw’ as profane, but speaking with Times Weekend in Accra on Wednesday, the multi- award winning rapper debunked the assertion.

He explained that his brand phrase means ‘alert’ which urges fans to be focused, stressing that it was a professional phrase that denoted a hip pop presence.

The ‘Realer No’ hit maker said most people did not understand the term “entertainment,” expatiating that, entertainment had to leave fans with something to laugh about.

He continued that it was normal for people who grew up from different parts of the country to tag it as profane.

“I am a Tadi boy (Takoradi Boy), and ‘Yi wo dross’ to us means y3 steady, not anything bad. It is generally assumed that human beings perceive and understand the world through the environment and the words they grew up with,” Pappy Kojo added.

The self-acclaimed rap ‘Van Damme’ indicated that every environment determines the thinking ability of a person therefore he could understand the criticism.

The Fante rapper, dropped his latest track titled ‘Blessing’ a month ago, the song was produced by top emerging African producer, Altra Nova.

It featured fast rising singer, $pacely of La Meme Gang, according to the rapper, the track spelt out his love for a lady to make her feel she was the most beautiful and a blessing upon his life.

The song, he said, also touched on the theme of love and how men struggled to speak out the language of words that were written in the sacred part of their hearts to a loved one.

He further stated that the track was a refreshing take on love and beauty, describing it as a welcome deviation of his last featured single titled ‘Akwaaba’ which was raw and edgy.

The Fante Hip Pop artiste made a triumphant entry into the music industry in 2014 with “Realer No,” a track which featured Joey B.

He got the nation agog after he released “Ay3 late” and “Awoa”; these hit tracks sent his game to another level.

Pappy Kojo revealed to Times Weekend that, ‘Ay3 late’ was his personal experience when he was 24 years, adding that his experience was a key contributor in how he crafted his songs.

He stated that his life experience was quite entertaining and through his life he had been able to entertain the country and the entire world with his personal anecdotes.

So far, he said he had up to 10 tracks to his credit and poised to do more to help grow the industry and make it more joyous for fans.

The rap ‘Van Damme,’ as affectionately called, indicated that ‘Blessing’ had set a tone for his debut album which would be released soon.

He said he had been working hard behind the scenes to roll out his album, dubbed ‘Logos II.’

Touching on the album, he said the album was named after a ship, Logos II and explained that he wanted to teach the world about his experience and fond memories he had in the ship when it came to the shores of Takoradi Harbour.

The artiste said over nine million visitors boarded the ship which was a ministry ship run by Operation Mobilisation, adding that “I want to reach masses with my music, hence the name Logos II.

Born Jason Gaisie, the singer attended Ridge International School, his interest and love for music grew at an early age.

He took part in locally organised rap shows where he rapped to Obrafour, Tic Tac, Reggie Rockstone and Lord Kenya songs with his major influence from Michael Jackson and the Shady Aftermath.

His love for rap grew even greater and he began covering popular songs and posting them on his YouTube channel after leaving the country for Italy in 2004.

Pappy Kojo began recording his own material with Italian and Ghanaian music producers and this created a buzz for young rappers.

He became famous in the latter part of 2014 when he collaborated on a smash hit record with Ghanaian superstar Joey B.

Pappy skilfully blends his profession as a chef with his talent as a musician.

The singer advised all the up and coming artistes to focus on their talent without relying on anyone for favour.

He said everyone is unique and cannot be a copy cat of anyone, he urged fans to patronise his songs from all the main streamline entertainment media and also keep supporting his brand. 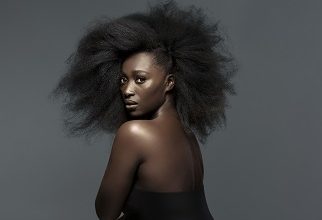