A referendum in the south of Ethiopia is being seen as a test of Prime Minister (PM) Abiy Ahmed’s abilities to control the forces of ethnic nationalism, which have threatened to increase divisions within the country.

More than two million people in what is known as the Sidama zone are able to vote on whether they want their own regional state within Ethiopia’s federal system.

Voting got off to a calm start on Wednesday morning with long queues of people being seen in the main city, Hawassa.

The referendum will see if tensions around ethnic separatism can be resolved peacefully.

Also, ahead of a general election scheduled for May next year, the vote is a test for the country’s electoral process.

Since coming to power in April 2018, Prime Minister Abiy has been praised for his wide-ranging liberalising reforms.

He has transformed what was considered a tightly controlled security state. He also spearheaded a peace process with long-time foe Eritrea – a move which won him this year’s Nobel Peace Prize.

But his more relaxed approach to organisations and parties campaigning for greater rights for different ethnic groups has lifted the lid on underlying tensions. Clashes in different parts of the country have forced an estimated three million people from their homes in the past 20 months.

The referendum on creating a new region is part of a constitutional process that is hoped could help satisfy ethnic ambitions in one part of the country. The constitution says that every ethnic group has the right to demand their own regional state.

A delay in holding the vote in Sidama earlier this year, triggered violence in which at least 25 people died.

Ethiopia’s 1995 constitution created nine regional states, which are mostly based on ethnicity. In other words, Tigray is dominated by Tigrayans, Amhara is dominated by Amharas, and so on.

But the Sidama became part of the Southern Nations, Nationalities and Peoples’ Region (SNNPR), home to more than 50 ethnicities.

Making up some 4 per cent of the population, the Sidama are Ethiopia’s fifth largest ethnic group, and many feel that they deserve greater political power and recognition.

Under the previous constitution, there was a separate province known as Sidamo, which, though it contained several ethnic groups, recognised the Sidama in its name. -BBC

Protests in the DRC over election chief appointment plans 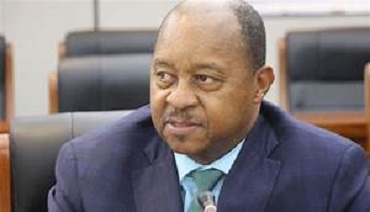