The National Chairman of the Peoples National Convention (PNC), Bernard Mornah, has described the proposed meeting between the New Patriotic Party (NPP) and the Opposition National Democratic Congress (NDC) over the disbandment of vigilantism in the country as ‘fake’.

Alluding to the Ayawaso by-election violence, he explained that what happened was a criminal act, and those involved must be arrested and brought to book, instead of using ‘fake’ dialogue as an excuse to cover up the crime.

Mr Mornah reiterated that, “Unleashing violence is a crime, in the case of Ayawaso West Wuogon by-election violence, it will just be a matter of police investigating the offenders and trial them.

“What if NPP and NDC come back telling as they don’t see activities of vigilantism as a crime? What can we do or say, we should deal with the problem according to the law and not limit it to NPP and NDC because they are not the solution to the problem.

“It will be disastrous for the president to reduce the focus on the fight against vigilantism to only the New Patriotic Party (NPP) and the National Democratic Congress (NDC).

According to him, “other political parties including the PNC have backed down on our earlier deliberate decision not to keep vigilante groups with the reason they will not allow any other people to come and disturb them, the government should not take issues for granted as they are clearly indicating that politicians continue to pontificate peaceful nature, but others are not taking the issue lightly.

“These are things occurring  and others want to act in response, if care is not taken, the NDC and the NPP will be the ones talking but others, will also take their own strategy to be on the quiet and on the low to organise their own so that they will not be taken by surprise,” he warned. -peacefmonline.com 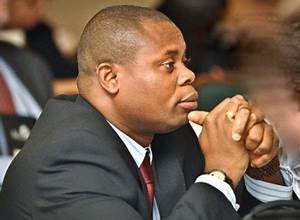 Veep: NPP will win Election 2020 with its achievements