Majority of the participants raised concerns about the nation’s financial inability to carry out the exercise.

In 2006, the Representative of the People Amendment Bill was introduced in Parliament to amend the representation of the People’s Law of 1992 PDNC Law 284 to make provision for Ghanaian citizens other than persons working in Ghana’s diplomatic missions, persons working with international organisations of which Ghana is a member and Ghanaian students on government scholarship, to be registered and partake in general elections across the world.

Although the bill was passed into law some twelve years ago, the Electoral Commission was not able to implement it until an Accra High Court ordered it to begin the process of implementation.

Dr Kwadwo Afari-Gyan, the former Electoral Commissioner in 2011 set up a committee to make recommendations for the implementation of ROPAA that would be acceptable to all stakeholders.

The Electoral Commission has said a lot has changed since the time the committee presented its report hence the need for stakeholders to take into account new developments in the electoral process.

A large number of the participants at the meeting said the nation would incur more losses and face lawsuits than the “actual” benefit of ROPAA.

Dr Alex Segbefia, a former Minister of Health, at the meeting lauded the commission for its work and advised that a lot of work and research would be needed in the implementation of the programme together with the Office of the Attorney-General.

He suggested that in the commission’s research into other jurisdictions, a provisional costing element should be put together to test the nation’s financial stability.

A participant in opposing the implementation wondered why the monies that would be spent on the implementation of a programme that may not be thoroughly successful, be used to provide potable water for communities and villages without water.

Some questioned whether or not the ROPAA could be implemented in the over 200 countries worldwide or in some selected countries, which could amount to disenfranchising Ghanaian citizens elsewhere.

The committee is reported to be paying a working visit to Mali, South Africa, the United States and the United Kingdom who were already practising external voting for lessons. –myjoyonline.com 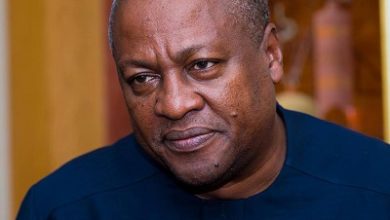