Ghana Assistant Coach Michael Osei has revealed 11 foreign-based players have been called up for next month’s Africa U23 Cup of Nations (AFCON) qualifier with Algeria.

The Black Meteors are set to host the North Africans in a final round double-header on September 6 and 10, with the winners on aggregate securing a ticket for the November 8 to 22 championships in Egypt.

The top three nations at the tournament will represent Africa at next year’s Tokyo Olympic Games.

“Our local players have not been active and the technical team headed by Ibrahim Tanko has really managed the training very well, we have improvised a lot,” Osei, whose outfit hosts the first leg, told Accra based radio station, Peace FM.

“The fitness of the players was suspect in the beginning but we have managed them very well and are happy about their performance now.

“We are going to keep like 12 local players and augment the squad with 11 foreign-based players.

“We are going to blend these players together and hope those coming will be in their best form since the season has started in Europe. Then we can give the Algerians a good match.”

Ghana is seeking a historic first qualification for the U23 AFCON since its inception in 2011 and a first appearance at the Olympics since Athens 2004.

After dispatching Togo 5-2 on aggregate in the first round of the qualifiers, the Black Meteors beat Gabon 4-0 to reach the third and final round.

Government urged to invest in markets for agric outputs 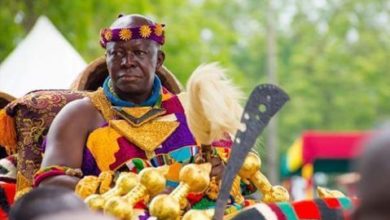