Last week we began the revision of depression. Today and next week we shall focus on depression in men.

It was in 25 MAY 2015 that we first met Steve Garong, ex-captain of a national team.You daren’t think it, knowing whereyou are. You are in acastlebuilt from the fortunes of professional football.

Mr. Garong had undergone a negative transformation. It crept upon him unawares. Aman who once was called “a tiger in the field”, had become a lamb. He was afraid of heights. He was afraid of lights. Above all, he was afraid of himself.Why? Because, thoughts of suicide hauntedMr. Garong. Aged 36,he had everything to live for. All the same he was suffering from depression.And, he didnot even know it!

We shall renew a rediscovery. We’ll see why a poet once wrote:

“I set out not knowing what I sought

with maps he could not read.”

PART OF THE TURF: COLLATERAL DAMAGE

THE NATURE OF THE BEAST

When it comes to depression, the male of the species behaves like an alien. Our source is The Mayo Clinic article entitled: “Male depression- understanding the issues”. It began: “Male depression is a serious condition but many men ignore it or refuse treatment.”

CLUES INTO DEPRESSION IN MEN

“When depression occurs in men, it may be masked by unhealthy coping behaviors.” In such “patients”, all becomes veiled, except to the eyes of experienced clinical psychologists.

AN ALARM ,AND, THE GOOD NEWS

“Male depression often goes undiagnosed and can have devastating consequences when it remains untreated.” Here’s the goodnews. “Male depression usually gets better with treatment.”

“Men and women experience depression differently. “ Thisstatement is fact. The reasons are obscure. The factors include “brain chemistry, hormones and life experiences.”

“I GET NO SATISFACTION”

Men with depression often show thesefour features (among others). Most of the time, they feel blue and tired. Theysleep poorly. They get no satisfaction from activities they enjoyed once upon a time.

If the above four features seem familiar, believe your eyes. They are familiarbecause they are the same ways in which depression affects women. But, that is where the similarities end. Enter the aliens.

Other behaviors can be the signs of depression in men, but they are not recognized as such. Let’sgroup them into five categories:

Risky behavior, such as reckless driving,

There is one risk. These behaviors can be signs of other types of mental illness. Or, they might overlap. So, professional help is the key. The patient needsaccurate diagnosis and effective treatment.

The reasons include these four:

Today, we’ll discuss only one of the four categories:

There aresimilaritiesbetween men and women.

Next time, we’ll take on the big one: suicide.

We opened with suicide. On suicide we end.Remember Mr. Garong? “Above all,theman  was afraid of himself.”

Now we may agree. When it comes to depression in men, indeed, some of us are like unlettered explorers with maps we cannot read. 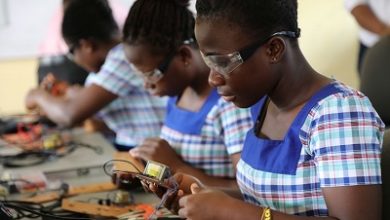