Member of Parliament (MP) for Klottey Korle constituency, Dr Zanetor Agyeman Rawlings has suggested to the government to take necessary steps to decouple the security services from partisan interference as a way of adhering to the rule of law.

She noted that “a lot more can be done by government in ensuring that the security standard doesn’t fall to its lowest ebb, they must be allowed to do their work as is expected.

“Let us give them the room to do their jobs so that we can make sure enforcing of our laws is happening, if we’re going to see more discipline and adherence to our laws, then we must allow the security services to operate the way they’re meant to, according to our constitution.

“The state of insecurity in the country has heightened following the recent by-election violence at the Ayawaso West Wuogon constituency and subsequent scuffle at the NDC headquarters in Kumasi which led to the demise of one person and injuring of another,” Dr Agyeman Rawlings lamented.

The President in his third State of the Nation Address warned that he will initiate legislation to deal with the growing vigilantism menace in the country if the two main political parties (NPP and NDC) fail to address it immediately.

“I want to use the platform of this message to make a sincere and passionate appeal to the leaders of the two main political parties in our country, NPP and NDC, to come together as soon as possible, preferably next week, to agree on appropriate measures to bring an end to this worrying and unacceptable phenomenon of vigilantism in our body politic 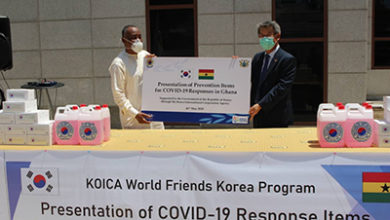