The Head of Africa Office of the Commonwealth Human Rights Initiative (CHRI), Mina Mensah has observed that it is a clear violation of natural justice principle requiring that a man should not adjudicate upon a matter in which he has an interest.

She explained that “the police are being a judge and a jury in their own case when they investigate complaints against some of their personnel because people will not trust results of the investigations given that the police are interested parties in cases”.

To cure any mischief, Ms Mensah proposed an independent police complaints unit in response to police investigations into complaints of assault brought against a police officer, Sergeant Ebenezer Asiedu of the Police Special Weapon And Tact (SWAT) Unit, by some Ghanaian Times journalists.

Even though the police have launched investigations into the cases, she said
such a body would be molded along the same architecture as the independent Electoral Commission.

According to her, “CHRI, has been working towards the project since 2007 and has since come out with a research document on the proposal which is engaging the attention of stakeholders”.

But the proposal for the Independent Complaints Unit has been challenged by Reverend Professor Paul Frimpong-Manso who is the President of the Ghana Pentecostal and Charismatic Council (GPCC).

“We should make the existing police work, if they don’t work we should sack them, it is not necessary to form another association, which will also survive by money,” he added.

Malik Sullemana, a court reporter, Raissa Sambou, a reporter and Salifu Abdul- Rahman, an assistant editor, suffered a brutal attack from the officers, leading to two of them being hospitalised.

In a separate development, a video went viral in which a commercial bus driver and his conductor beat up a police officer.  –myjoyonline.com 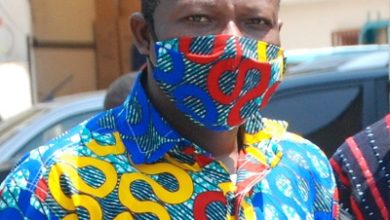