The Ghanaian Times was astonished yesterday when it was reported from Have Audo No. 1 in the Afadzato South District that two Chinese nationals have been arrested for alleged illegal lumbering and charcoal burning.

The two, Wang Kun and Wei Yiyi, were said to have been arrested upon a tip off.

Items retrieved in the swoop on their cottage in the forest, included a generator, two solar panels, a solar connector and heavy duty scale.  Others are a chainsaw machine, a knapsack sprayer and a hammer.

According to the suspects they were in the area at the instance of a chief of the area and were engaged to fell trees and burn charcoal which they export abroad.

They were arrested by a combined team of Police, Immigration and the BNI and are assisting in investigation.

The Ghanaian Times is surprised that apart from all the activities and businesses that Chinese are doing, both genuinely and illegally, they have also found their way into illegal lumbering and charcoal burning.

We are dismayed that apart from the destruction of the forest, they are also involved in charcoal burning much against the relentless efforts by a section of Ghana.

But are we surprised the Chinese found their way into the forest and must we blame them? No.

We are of the firm belief that there are collaborators as they have already mentioned who led them into the forest.

The question therefore is, where is or are the local collaborators?  The arrest should have included all those who made it possible for the two Chinese to enter the forest to undertake the illegal activity.

As it is, it would appear that the two Chinese have been made “scapegoats” and their local counterparts let off the hook.

We urge the combined team of the security to investigate further and apprehend all those who made the illegal activities of the Chinese possible.

We do not believe that the two, on their own travelled from China and without any assistance from the local people started business in the forest.

We call on the security agencies to widen their net to catch all others who might have facilitated and played various roles in getting the Chinese into the forest. 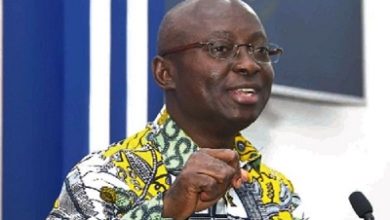