Entebbe is a popular municipality in Uganda in the East Africa. It derives its name from the Luganda(a major language in Uganda) word ‘e ntebe’ which means a seat. Legend has it that Mugula, a revered Muganda traditional chief in the early 18th century carved out for himself a seat on the rocky shore of the Lake Victoria in Uganda, where he used to administer justice.

Sentences Mugula meted out to culprits ranged from simple fines to banishment to Ssese Islands or even death, by drowning the person in the lake Victoria.

Consequently, people visiting the area used to say they were going to ‘Entebbe za Mugula or Mugula’s seat. It later became fashionable to refer to the place simply as “Entebbe”.

The Entebbe International Airport is the main airport and aviation hub of the country. It is about 37 kilometres South East of Kampala, Uganda national capital.

It became the capital city of Uganda in 1894 following a decision in 1893 by the then British colonial Governor Sir Gerald Portal to relocate from Kampala.

Subsequently, the capital was reverted back to Kampala at Independence in 1962, leaving the State House, the International Airport and a few ministries and government departments.

I held a long time dream to know Entebbe, much so, it has become popular in international affairs and issues of terrorism and global security, following a 90-minute raid on the airport, by Israeli commandos in a counter- terrorism operation on July 4, 1976.

When the Union of African Population Studies

(UAPS) extended an invitation to me to cover their 8th African Population Conference scheduled for Entebbe from November 18-22, it was just a matter of time I got to know the place.

And when the Ethiopia Airline ET 338 from Bole International Airport in landed at the airport at 1:55 a.m. on Monday dawn, November 22, I was curious to know where the incident took place before I even re-orient myself to what took me to the Uganda.

On the fateful day of July 27, 1976, an Air France Flight from Tel Aviv with 258 passengers on board bound to Paris, was hijacked by four Palestinian and German who were loyal to the course of the Popular Front for the Liberation of Palestinians.

They demanded for the release of 40 Palestinian freedom fighters who had been imprisoned in Israel and in other countries.

The aircraft was diverted to the Entebbe International Airport, which has now been designated as a military and UN base, following an extension of the airport to adjacent building.

The hijacking of the aircraft was reportedly carried out with the active connivance of the then Uganda military despotic leader, Field Marshal Iddi Amin.

The terrorists released the non-Israelis and gave an ultimatum to the Israeli government to accede to their demands or risked losing their citizens.

The Israeli government had opposed to negotiation and a plan was hatched to use force to free the captives.

And at the blindside of terrorists and the Uganda security details at Entebbe, the Sayeret Matkal Unit Commandos of the Israeli Defence Force in four C-130 flew the 2,500 kilometres from Tel Aviv to Entebbe, in complete radio silence, evading the enemy radar and landed on the tarmac at dawn of July 4, 1976, a week of the hijacking.

They then drove straight in a look-alike Limousine Benz, a choice of vehicle of senior Uganda military officers, they brought along with them for the operation, from the tarmac to the airport building.

They located and freed the hostages and flew them back to Israel in an operation they code named “Operation thunderbolt,” in which they ran over the Uganda security details in a gun battle at the airport, killing 45 Uganda soldiers and the four terrorists.

They lost four of the 106 hostages in the rescue mission in which the commander of operations, Yonathan Natenyahu, an elder brother of Benjamin Natenyahu, who later became the Israeli Prime Minster, died alongside a few other commandos.

The commandos brought the Uganda Airforce to its knees; they reportedly destroyed a fleet of 11 Soviet-built MiG 17s and MiG 21 at the Entebbe International Airport.

The Entebbe raid marked a black spot in the history of Uganda and sharply divided the UN. While some said it was against the sovereignty of Uganda, others argued that the Israel sanctioned the operations in self-defence.

The embarrassment caused to Uganda following, the dictatorial rule of President Amin in allowing the hijackers a safe haven in Entebbe, as well as his attack on Tanzania must have led to his overthrown by the Uganda-led dissidents in Tanzania in 1979.

Amin fled to Saudi Arabia where lived in exile, till he died in 2003.

Subsequent governments of Uganda must have learnt bitter lessons from the incidence, prompting the need to choose the path of diplomacy in international affairs for peace and global security.

The need for peace and security was capture in President Yoweri Museveni speech read for him at the opening of the 8th APC: “We in Uganda, since 1986, when we decided to build a firm and solid foundation for the country by prioritising peace, security and macroeconomic stability, we have made good progress towards achieving our development objectives.”

The performance of the Ugandan economy is a bone of contention. Ordinary Ugandans are saying the good economic indicators are not reflecting in their lives.

Fred Mukiibi, the Uganda National Population Council driver who drove me from the Entebbe International Airport to the nearby Imperial Resort Beach Hotel, told me in a conversation that the richer in Uganda are becoming richer and the poor poorer.

“I try to give my children the best of education so that they will also help me one day, but the challenge for them is getting a job after completing school,’ Mr Mukiibi lamented.

If you are a Ghanaian and you visited a Ugandan church or a Mosque and offered thousands of shillings, don’t pat yourself on the back, it is peanut!

The fare from Entebbe to Kampala, a journey of 37 kilometres is 3,000 Ugandan shilling (exchange rate is 3,700 to one dollar). A similar trip in Ghana cost no more than GH¢6.

I am grateful to Professor Samuel Nii Codjoe, the immediate past President of the UAPS and Director of Regional Institute for Population Studies of the University of Ghana, for extending the invitation to me to cover their APC for the second time, and his encouragement for me to specialise in reporting on population issues.

Indeed, I returned home with fond memory of Mr Mukiibi who gave me the first taste of Uganda hospitality, keeping vigil at the Entebbe International Airport to drive me safely to the hotel.

I have fond memory of Florence Akinyi, the Attendance Masseur at the Imperial Resort Beach Hotel Fitness Centre, who took me through the Sauna( a hot temperature room), to burn some fats and impurities in my body, to continue to stay healthy and fit.

The message at the conference is loud and clear! the nearly 1000 participants across the globe and from various disciplines; the academia, research institutions, civil society organisations, policymakers, development partners are asking African governments to mainstream population issues in their medium and long term development planning and also put measures to reap the Demographic Dividend that comes with burgeoning youthful population on the continent. 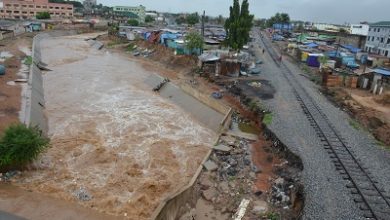 A CONSTITUTION IS – ALAS! – AN INVIOLABLE DOCUMENT