Sudan has repealed a restrictive public order law that controlled how women acted and dressed in public.

On Twitter, Prime Minister Abdalla Hamdok paid tribute to women who had “endured the atrocities that resulted from the implementation of this law”.

Mr Bashir seized power in a 1989 coup and ruled for nearly 30 years before peaceful protests ousted him in April.

Sudan is currently led by a joint military and civilian council, as well as a civilian-led cabinet headed by Prime Minister Hamdok

Both the repeal of the public order law and dissolution of the National Congress Party (NCP) were a response to key demands of the protest movement, which aims to dismantle Mr Bashir’s regime.

People celebrated in the streets of the capital Khartoum overnight at news of the moves.

Aisha Musa, one of two women on Sudan’s new Sovereign Council, told BBC Newsday that while the former regime had focused on how women dressed and acted – including preventing women from wearing trousers – it had ignored their education and healthcare.

A 2017 report by two charities described the restrictions as a blend of legal and moral prohibitions “designed to exclude and intimidate women from actively participating in public life”.

They gave the authorities sweeping powers to arbitrarily control what women wore, whom they spoke to and saw, and any job they might hold – with any perceived offender facing punishment by flogging, or in rare cases stoning and even execution.

Moreover, the public order rules were kept “vague and open-ended leaving them open to exploitation as a social control tool by the authorities,” the report said.

Human rights activist Hala al-Karib told BBC Newsday that repealing the law was a “massive step” for her country, arguing the legislation had enforced the old regime’s ideology, which was “based in terror and discrimination”.

Authorities had had the power to “literally hunt women”, she said, and these laws had disproportionately affected poorer women, women from conflict zones and people outside Khartoum.

But while she welcomed the end of the law, Ms Karib said more needed to be done to end “a very discriminatory legal framework”. -BBC

CALL OFF THE REFERENDUM, UNLESS …..﻿ 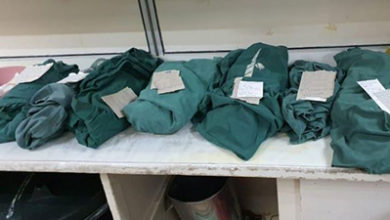